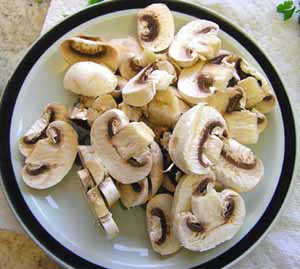 Mushrooms are an excellent source of selenium

Natural Health News — A new study of more than 7,000 American men and women points to a significantly lower risk of type-2 diabetes in those with the highest levels of selenium.

Harvard School of Public Health researchers examined the selenium levels found in toenail clippings submitted in the 1980s by more than 7,000 women and men participating in the long-term Nurses’ Health Study and Health Professionals Follow-Up Study.

This method can provide more accurate measurements than diet questionnaires, which rely on study participants’ memories.

For both men and women, the researchers found the overall risk of developing diabetes was 24% lower among people with the highest levels of selenium in their toenails, compared to those with the lowest levels. The results appear online ahead of print in the journal Diabetes Care.

Selenium is an essential macronutrient with antioxidant properties. It has multiple roles in the body including building a healthy heart and healthy sperm.

Higher levels have been associated with lower risk of developing several cancers including those of the thyroid, bladder and prostate.  Selenium is the only mineral that with a Food and Drug Administration (FDA)-approved qualified health claim for general reduction in the incidence of cancer.

Lead researcher Dariush Mozaffarian did not, however, recommend that people start taking selenium supplements, indeed the higher levels of selenium in this study were achievable through dietary measures, he said.

Better, he suggested, to consume the mineral through healthy foods that contain it, such as whole grains and fish such as cod, shrimp, tuna, halibut and salmon. Mushrooms and Brazil nuts are also excellent sources of selenium.

Know which type of selenium to take

There are different types of selenium, which may have different health effects.

Commercially available selenium supplements come in both forms too. Those with inorganic selenium are generally inexpensive and poorly absorbed.

Organic selenium supplements, on the other hand, are much more easily absorbed, but can be costly. Given that there is always concern about selenium toxicity, choosing a supplement that is made to a high standard is vital.

The role of selenium in diseases such as diabetes has been controversial, with some previous studies suggesting that it raises diabetes risk and others finding that it is protective and that it effects may be different between men and women. The authors of the current study suggest more research is required to understand any discrepancies between studies.

For example, in 2010 the results of a 9-year study, published in the open access journal Nutrition and Metabolism, found that high level of selenium in the blood were associated with a lower occurrence of ‘dysglycemia’ – that is, an imbalance in the sugar metabolism/energy production mechanisms of the body – in men but not in women.

According to lead researcher Tasnime Akbaraly, “The reason we observed a protective effect of selenium in men but not in women is not completely clear, but might be attributed to women being healthier at baseline, having better antioxidant status in general and possible differences in how men and women process selenium.”

Generally speaking, men need more selenium than women because it is lost in the seminal fluid. This may account for those results which show more benefit of supplementation in men than women.

Mushrooms are an excellent source of selenium