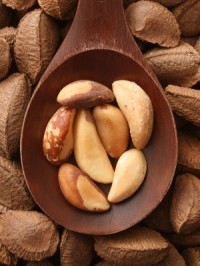 Natural Health News — New evidence shows that selenium – naturally found in foods like garlic and broccoli and various nuts – can help slow down the immune over-response, which is a key factor in certain types of cancer.

The findings say researchers from the University of Copenhagen may help improve cancer treatment.

The immune system is designed to remove things not normally found in the body. Cells undergoing change, e.g. precursors of cancer cells, are therefore normally recognised and removed by the immune system.

Unfortunately, the different cancer cells contain mechanisms that block the immune system’s ability to recognise them, allowing them to freely continue cancer development.

Cancer types such as melanoma, prostate cancer and certain types of leukaemia weaken the body by over-activating the natural immune system.

“You can say that the stimulating molecules over-activate the immune system and cause it to collapse, and we are, of course, interested in blocking this mechanism. We have now shown that certain selenium compounds, which are naturally found in, e.g., garlic and broccoli, effectively block the special immunostimulatory molecule that plays a serious role for aggressive cancers such as melanoma, prostate cancer and certain types of leukaemia,” says Professor Søren Skov.

Certain cancer cells overexpress immunostimulatory molecules in liquid form. Such over-stimulation has a negative impact on the immune system.

In this study, the researchers  focused on what are known as NGK2D ligands. There are eight variants, of which one in particular has caught the researchers’ attention, because it assumes liquid form. It is precisely the molecular dissolution that causes serious problems, once the cancer is raging. The entire bloodstream is, so to speak, infected, and the molecule is therefore used as a marker of serious illness.

“Molecules are found both on the surface of the cancer cells and dissolved in the blood of the affected person. We are now able to show that selenium compounds appear to have a very beneficial effect when it comes to neutralising the special variant of the NGK2D ligand – both in soluble form and when the molecule is placed on the cell surface,” says Professor Søren Skov.

Researchers are constantly learning more about the disease mechanisms of aggressive cancers in the skin, blood and reproductive organs:

“The overexpression seen in cancers such as melanoma, prostate cancer and certain types of leukaemia significantly impairs the immune system. If we can find ways to slow down the over-stimulation, we are on the right track”  says Søren Skov.

The results, published in the Journal of Biological Chemistry are yet another small step towards better cancer treatments with fewer adverse effects, he adds.