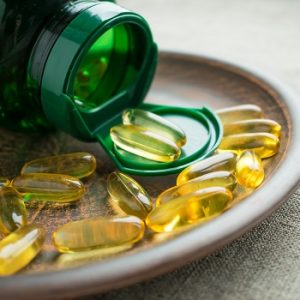 People who have, or are at risk of, diabetes may need more vitamin D. [Photo: Bigstock]

Natural Health News — Two new studies have revealed the importance of vitamin D in both preventing, and lessening some of the inflammation caused by, diabetes.

In the first scientists from California and Seoul in South Korea collaborated to study a group 903 healthy older adults with no indications of either pre-diabetes or diabetes during clinic visits from 1997 to 1999, and then followed the participants through 2009. Vitamin D levels in blood were measured during these visits, along with fasting plasma glucose and oral glucose tolerance.

Over the course of time, there were 47 new cases of diabetes and 337 new cases of pre-diabetes, in which blood sugar levels are higher than normal but not yet high enough to be categorized as type-2 diabetes.

In this study, published in PLOS One, the researchers identified the minimum healthy level of 25-hydroxyvitamin D in blood plasma to be 30 nanograms (ng) per millilitre (ml). That’s 10 ng/ml above the generally recommended level – though increasingly nutritionists argue that higher levels, as much as 50 ng/ml would be a better benchmark.

“We found that participants with blood levels of 25-hydroxyvitamin D that were above 30 ng/ml had one-third of the risk of diabetes and those with levels above 50 ng/ml had one-fifth of the risk of developing diabetes,” said first author Sue K. Park, MD, in the Department of Preventive Medicine at Seoul National University College of Medicine in South Korea.

» Two new studies suggest that those who have, or are at risk fo having type-2 diabetes may need more vitamin D.

» In the first, a study of healthy older adults, vitamin D status was significantly predictive of developing diabetes, with blood levels higher than than what is currently considered healthy begin more protective.

» In the second, an analysis of 20 high quality trials, found that supplemental vitamin D could help reduce inflammation – associated with a range of health complications – in people with diabetes.

According to study co-author Cedric F. Garland, DrPH, adjunct professor in the UC San Diego School of Medicine Department of Family Medicine and Public Health, to reach 25-hydroxyvitamin D levels of 30 ng/ml, would require dietary supplements of 3,000 to 5,000 international units (IU) per day, less with the addition of moderate daily sun exposure with minimal clothing (approximately 10-15 minutes per day outdoors at noon).

The current recommended average daily amount of vitamin D is 400 IU for children up to 1 year; 600 IU for ages 1 to 70 years (less for pregnant or breastfeeding women) and 800 IU for those over 70.  Higher daily amounts of vitamin D are generally considered safe, but as with everything there are limits. Very high blood serum levels exceeding 125 ng/ml have been linked to adverse side effects, such as nausea, constipation, weight loss, heart rhythm problems and kidney damage. This is why many doctors recommend having your blood levels of vitamin D tested before considering high dose supplements.

In a second study – an analysis of 20 high quality trials – Australian researchers from Monash University, Melbourne found that supplemental vitamin D could help reduce inflammation in people with diabetes.

The study looked at vitamin D status and levels of inflammatory biomarkers – substances produced by the body when inflammation is present. A well-known example of this is C-reactive protein (CRP) produced by the liver in response to inflammation, infection and tissue injury. In this study, published in Nutrition Reviews, vitamin D supplementation CRP, as well as other important biomarkers such as tumour necrosis factor alpha and erythrocyte sedimentation rate. It also helped increase levels of leptin a hormone that helps to regulate energy balance by inhibiting hunger.

Chronic low-grade inflammation is widely known to be present in, and precedes, the development of type-2 diabetes and raises the risk of a whole range of diabetes complications such as damage to blood vessels.

“This is the first ever systematic review and meta-analysis on this topic in patients with type-2 diabetes,” commented senior researcher Associate Professor Barbora de Courten. “If vitamin D supplementation can improve inflammation, as shown here, there may be important benefits for patients with type-2 diabetes, given that elevated inflammatory markers promote insulin resistance, dyslipidaemia [an abnormal amount of triglycerides, cholesterol and/or fat phospholipids in the blood] and atherosclerosis.”

Building the case for supplementation

The researchers say it is too soon to make the blanket recommendation that everyone with diabetes should be given vitamin D supplements and recommend assessing need the need for and level of supplementation on a case by case basis.

However taken together along with other studies that show that low vitamin D status is linked to metabolic syndrome and poorer mental health in women with type-2 diabetes there is an increasingly strong case for vitamin D supplementation where diabetes is a risk.

People who have, or are at risk of, diabetes may need more vitamin D. [Photo: Bigstock]