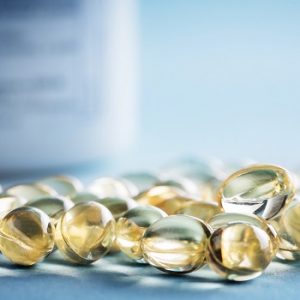 A high weekly dose of vitamin D could improve depression and anxiety among women with type 2 diabetes. [Photo: Bigstock]

According to the UK’s NICE (National institute of Clinical Excellence) people who are diagnosed with a chronic physical health problem such as diabetes are 3 times more likely to be diagnosed with depression than people without it.

People with diabetes who are also suffering from depression are at greater risk of suffering from an episode of ‘diabetic burnout’ – a state of disillusionment and frustration around their disease and a consequent disregard for their blood sugar levels, which can seriously threaten their health.

Past research suggests that vitamin D supplementation has been shown to help improve both type-2 diabetes and some forms of depression, independent of one another. However, until now, there has been no data looking at women, who are statistically more likely to experience depression, and whether vitamin D could help.

In a recent study funded by the National Institute of Health (NIH), and published in the Journal of Diabetes Research, scientists tried to determine whether vitamin D supplementation could improve mental health status among women with type-2 diabetes.

» Those suffering from diabetes type-2 may be more prone to depression, especially if they are women.

» Supplementing with vitamin D has been shown to help both type-2 diabetes and depression.

» In this study women with type-2 diabetes, who also had been diagnosed with depression, were given large weekly doses of vitamin D2.

A total of 50 women with type-2 diabetes and symptoms of depression were included in the study. All received weekly high-dose supplementation of 50,000 IU vitamin D2 per week for a total of 6 months (a dose that he been studied previously in obese individuals). Vitamin D2 is the form found in plant-based foods, as opposed to D3 which is found in meat and fish and which is synthesised by the body in the presence of sunlight.

The researchers used several standard tools to evaluate the participants’ mental and physical health status. Among their findings were:

The researcher’s chose to supplement the participants with large weekly doses of vitamin D2 instead of daily doses of D3, which has been proven to be more efficient in raising and maintaining healthy vitamin D levels. While the supplement regimen did increase blood levels of vitamin D, even after 6 months participants levels were still not within optimal range (40-60 ng/ml). Nevertheless the researchers believe that this initial research is promising.

It would be interesting to see the same study repeated with vitamin D3 and in particular see if those not on mood stabilising drugs had a bigger response, and indeed the researchers say they are already planning this as their next study. Watch this space.

A high weekly dose of vitamin D could improve depression and anxiety among women with type 2 diabetes. [Photo: Bigstock]