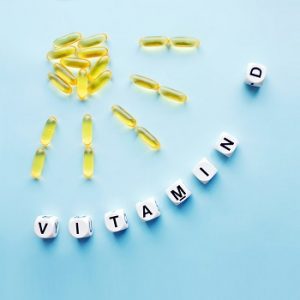 You can get your daily vitamin D through exposure to sunshine or through supplements. [Photo: Bigstock]

Natural Health News — Vitamin D deficiency could raise the risk of metabolic syndrome among postmenopausal women, according to a recent study.

It’s been observed that the prevalence of both metabolic syndrome and vitamin D deficiency have been observed among postmenopausal women in India. But as yet, there has been no research linking the two conditions.

Results, published in the journal PLOS One found was that 70% of the participants suffered from either vitamin D insufficiency (51%) or deficiency (19%).

The prevalence of metabolic syndrome among the women studied was 46%. Among these women, 75% exhibited vitamin D insufficiency (22%) or deficiency (53%).

» New research from India suggests that low circulating levels of vitamin D may raise the risk of metabolic syndrome in post-menopausal women.

» A battery of tests on women in West Bengal showed a positive link between low vitamin D status and several physiological indicators of metabolic syndrome.

» The researchers suggest that for Indian women low vitamin D is a risk factor for metabolic syndrome. New research needs to confirm the finding in other ethnicities.

In addition, 68% of those with a waist circumference of 80cm or more were vitamin D-insufficient or deficient.

Metabolic syndrome affects nearly a quarter of the world’s adult population, and it is defined by a group of risk factors that put you on the road to diabetes and heart disease. The characteristic symptoms include obesity around the waistline and at least two of the following: high blood sugar levels, high blood pressure or high cholesterol. Sufferers usually also have excess fat in their liver.

We’ve previously reported on an animal experiment, conducted by researchers from the US and China, in which boosting levels of circulating vitamin D in mice improved gut flora, which in turn improved the symptoms of metabolic syndrome in the animals.

Not all studies agree that there is a link between vitamin D and metabolic syndrome. However, referencing a broad range of previous studies, the authors of the current study conclude: “Vitamin D deficiency or insufficiency, therefore, may be one of the potential risk factors for developing metabolic syndrome in the studied population…”​

Future research should focus on other ethnicities to see if the association is as strong in these.

You can get your daily vitamin D through exposure to sunshine or through supplements. [Photo: Bigstock]