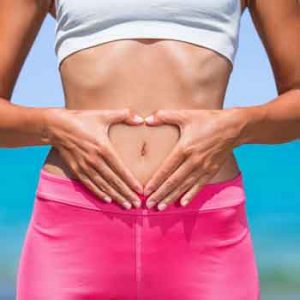 Does vitamin D deficiency play a role in metabolic syndrome?

Natural Health News — Most of us believe that a diet high in fat can trigger a metabolic syndrome, a group of symptoms that pose as risk factors for diabetes and heart disease.

Scientists have now believe, however, that vitamin D deficiency is necessary for this syndrome to progress.

Metabolic syndrome affects nearly a quarter of the world’s adult population, and it is defined by a group of risk factors that put you on the road to diabetes and heart disease. The characteristic symptoms include obesity around the waistline and at least two of the following: high blood sugar levels, high blood pressure or high cholesterol. Sufferers usually also have excess fat in their liver.The main cause of metabolic syndrome appears to be a diet high in fat or carbohydrate. However, observational studies have also linked metabolic syndrome to vitamin D deficiency, which affects 30-60% of the world’s population.

The research team, which used an animal model to test their theory, believes it has made important advances in understanding the causative role of vitamin D in this syndrome. Results are published in the journal Frontiers in Physiology.

» A collaboration between US and Chinese scientists has shown that low levels of vitamin D, in combination with a high fat diet, could trigger metabolic syndrome.

» Sub-optimal vitamin D means the body is not producing enough defensins – anti-microbial molecules that maintain the balance between ‘good’ and ‘bad’ bacteria in the gut.

» Accumulating evidence suggests that vitamin D, through sun exposure, diet or supplementation, may be an effective and inexpensive preventative treatment.

Specifically the collaboration of US and Chinese scientists, has shown that a high fat diet affects the balance between good and bad bacteria in the gut. This induced modest fatty liver and slightly raised blood sugar levels in mice. Remarkably, an insufficient supply of vitamin D aggravates the imbalance in gut flora, contributing to full-scale fatty liver and metabolic syndrome.

A high fat diet alone is not enough to cause metabolic syndrome, the researchers say, but it is needed in combination with vitamin D deficiency.

Vitamin D supplementation improved metabolic syndrome in the mice. If proven to do the same in humans – and other reviews of the evidence suggest it would – then sun bathing and vitamin D supplements may be feasible and affordable approaches to improve or even prevent metabolic syndrome. (Practitioners may also want to investigate more what interferes with vitamin D absorption/bioavailability – such as exposure to pesticides such as DDT and air pollution, amongst other things).

“Based on this study, we believe that keeping vitamin D levels high, either through sun exposure, diet or supplementation, is beneficial for prevention and treatment of metabolic syndrome,” says lead researcher Professor Stephen Pandol, at Cedars-Sinai Medical Center, USA.