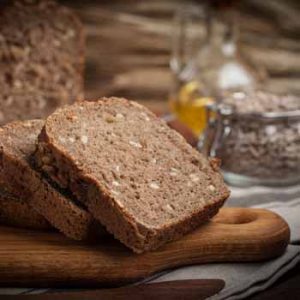 People lacking a particular beneficial bacteria in the gut may not get all the health benefits from a high fibre diet. [Photo: Bigstock]

Natural Health News — It’s an old conundrum. Why do dietary treatments work for some but not others?

New evidence suggests the answer may depend on interactions between the gut microbiota and the diet.

Research shows that dietary interventions can be used to improve the metabolism of humans, and they also have a major impact on the gut microbiota (the balance of microbed in the gut).

» Dietary interventions can help improve conditions like obesity, diabetes and cardiovascular disease. But inevitably not all people respond to these

» Swedish researchers have gone some way toward answering why by showing that people lacking a particular strain of good bacteria in the gut don’t metabolise beneficial fibres well.

» The discovery underscores the importance of a healthy gut in determining health.

Now Swedish researchers, writing in the journal Cell Metabolism, have shown that people with better control of blood sugar after eating a high fibre barley kernel bread also have a different balance of microbes in the gut.

This, they say, has implications for how well different people respond to dietary interventions.

The reason? Prevotella, a group of bacteria previously shown to be associated with high fibre intake, was present in higher proportions in those who responded beneficially to barley kernel bread than in those who did not respond to this dietary intervention.

By transferring the gut microbiota from these to germ-free mice, the research group was able to confirm that the blood sugar is improved in mice supplemented with Prevotella.

“Our findings clearly show the importance of the interaction between the gut microbiota and the diet and contribute to our understanding of metabolism in health and disease. The results may help to explain why responses to different dietary treatments are so individual,” says lead researcher Professor Fredrik Bäckhed at the Sahlgrenska Academy, University of Gothenburg.

The researchers are now planning further studies to confirm if gut microbiota can identify which individuals will respond to a specific diet as well as whether supplementation can help restore balance.

People lacking a particular beneficial bacteria in the gut may not get all the health benefits from a high fibre diet. [Photo: Bigstock]