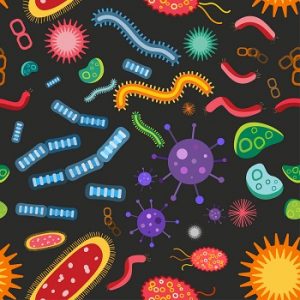 Evidence is piling up that healthy bacteria in the gut can keep you in the trim. [Photo: Bigstock]

Natural Health News — Gut flora may have a crucial role to play in weight gain, according to a new study.

Scientists at Shanghai Jiao Tong University in China put a morbidly obese man on a diet of whole grains, traditional Chinese medicines, probiotics and non-digestible carbohydrates for 23 weeks. The diet was designed to inhibit the bacteria that may encourage weight gain by increasing the pH in the colon.

The scientists also exampled the flora of the man’s gut to see if the diet changed it’s make-up at all. Before the wholefood eating regime, Enterobacter – a toxin-producing pathogen – predominated, accounting for 35% of his gut bacteria. After the diet, Enterobacter could no longer be detected.

Writing in the journal International Society for Microbial Ecology the researchers explain how they then fed mice samples of Enterobacter bacterium from the man’s gut in order to test whether it could cause weight gain.

The mice with the toxin-producing bacteria gained significantly more weight on a high fat diet than control mice  eating the same diet. The mice, in addition, had increased levels of toxins in their blood and showed signs of inflammatory disease.

Treatment with an appropriate dietary regimen that rebalances gut flora, say the researchers, could be cheaper and more effective than surgery.

This study is not a one-off, but instead is another key piece of evidence of the important role that bacteria play in causing obesity.

In 2011 scientists involved in the EU-wide Meta-HIT consortium – which is studying gut microbiota as it relates to human disease – concluded that the widespread use of antibiotics may be playing a significant role in exacerbating the obesity epidemic.

The study investigated the bacterial genes found in the gut flora of 177 Danish people, 55 of whom were lean, with the rest either overweight or obese. The researchers found that most people in the study carried around 600,000 distinct bacterial genes in their intestines. But with obese people there was a strong trend towards a distinctly poorer and less densely populated community of gut flora – made up of about 30-40% less bacterial genes.

This was also the conclusion of a 2008 study in the  journal Current Opinion in Endocrinology, Diabetes & Obesity.

Farmers destroy animals’ gut flora to fatten them up

The link between antibiotics and obesity makes a great deal of sense since seen in the light of the antibiotics are routinely used to fatten-up livestock before slaughter. Although evidence suggests there is a link between gut flora, the use of antibiotics and an increase in body fat, but scientists have been wary of extrapolating this notion to human obesity.

At the same time, researcher Martin Blaser of New York University’s Langone Medical Center argued in the journal Nature  that antibiotics’ impact on gut bacteria is permanent – and so serious in its long-term consequences that medicine should consider whether to restrict antibiotic prescribing to pregnant women and young children.

Earlier this year Researchers at the University of Maryland School of Medicine identified 26 species of bacteria in the human gut microbiota that appear to be linked to obesity and related metabolic complications. These include insulin resistance, high blood sugar levels, increased blood pressure and high cholesterol, known collectively as “the metabolic syndrome,” which significantly increases an individual’s risk of developing diabetes, cardiovascular disease and stroke.

Take care of your gut

In addition to interacting with metabolism, the gut is also the site of what has been called our second brain. Healthy gut flora can also help maintain emotional stability and well being.

For these reasons, taking care of gut health is increasingly being seen as the most important thing any of us can do to remain healthy. Healthy food sources of probiotics include yoghurt, kefir, kimichi and other lacto-fermented foods. For some supplements may also be necessary. In addition to probiotic therapy, you can reduce your weight and increase vitality by exercising regularly and eating a healthy diet rich in whole grains, fruits, vegetables and lean sources of protein.

Evidence is piling up that healthy bacteria in the gut can keep you in the trim. [Photo: Bigstock]