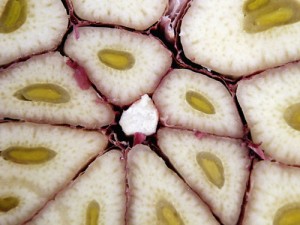 ‘Evidence for herbal remedies is good, despite media and medical bias’

Natural Health News — The executive director of the American Botanical Council (ABC) has hit out at media and medical bias against herbal medicines.

Speaking at the  6th Annual Scientific Symposium of the Natural Health Research Institute (NHRI), Mark Blumenthal, founder and executive of the ABC, reviewed various systematic reviews and meta-analyses on herbs and phytomedicinal supplements.

He noted that research shows these remedies have potential as safe, beneficial, low-cost supplements which can be used for self-care by consumers, and said also they should be considered by conventional and integrative health care practitioners for inclusion in clinical practice.

While herbs and medicinal plant preparations – and the various chemical compounds they contain – are the sources of numerous modern nutritional and pharmaceutical products, these compounds can also be obtained more cost efficiently via herbal teas, herbal dietary supplements and phytomedicines, he said.

Blumenthal also decried critics of botanicals who claim that research is limited and the available studies are of poor quality. A 2010 review, he said, found 6,300 studies were conducted on botanicals in 2007 alone and many of these were high-quality clinical trials, published in medical journals – which given medical bias against herbs may have been no small feat.

He referenced a 2008 study of 11 medical journals which highlighted the depth of that bias.

In it a group of statistical researchers investigated the relationship between pharmaceutical advertising and articles regarding dietary supplements in medical journals. The analysis found that:

Despite recent headlines that scream botanicals aren’t effective, a review of the entire scope of published clinical trials on specific herbs shows  that even from an evidence-based medicine perspective, there is a significant and reasonable level of clinical evidence which supports their safety and their benefits in treating a variety of diseases, said Blumenthal.