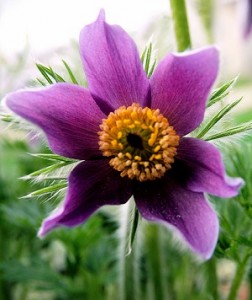 The International Union for Conservation of Nature (IUCN) European Red List of Medicinal Plants provides, for the first time, information on the status of all major medicinal plants native to Europe and suggests that 2% are on the verge with extinction.

» Europe has a huge diversity of medicinal plants.

» A comprehensive new report by the IUCN shows that many of these are in decline due to external pressures like indiscriminate harvesting and loss of habitat.

» 2% of medicinal plants in Europe are close to extinction.

» Researchers say there is a need for active conservation measures to ensure the long-term survival of medicinal plants in Europe.

The populations of 31% of the plants assessed in the study were considered to be declining (including the well-known Arnica and Common Heather) and 25% have an unknown trend. The population of only 3% were found to be increasing, with the remaining 42% considered to have stable populations.

“Up to 50% of our prescription medicines use naturally occurring substances from plants. Europe has a tremendous diversity of wild plants. They have been sustaining our health for centuries,” said Karmenu Vella, EU Commissioner for Environment, Maritime Affairs and Fisheries. “Those plants have a tremendous diversity of uses. Their economic value is clear. Clearly, we need to protect this valuable natural capital.”

“The percentage of species threatened with extinction is relatively low compared to other species groups; given the importance of medicinal species for health care, as well as their widespread use in herbal teas, spices, foods, dietary supplements and cosmetics, this is overall good news,” said Jean-Christophe Vié, Deputy Director of IUCN’s Global Species Programme. “However, extinction is only one criterion we should consider when trying to preserve wildlife; nearly one third of species show declining populations, emphasising the need for active conservation measures to ensure their long-term survival.”

Loss of habitat through residential and commercial development, and impacts from agriculture were identified as other important threats to medicinal plants, affecting 48% and 67% of threatened and Near Threatened species respectively. Any further habitat loss therefore threatens their survival, according to the assessment.

For example, the Pasque Flower (Pulsatilla vulgaris) has been assessed as Near Threatened. Although it is widespread throughout western and central Europe, its population has declined and is fragmented. Pasture management and land-use changes have been identified as the main threats. The plant is used in homeopathic and herbal medicines.

Among the main threats to Europe’s medicinal plants identified by the assessment is the collection of plants from the wild – for their medicinal value, the ornamental and horticultural plant trade. This was found to affect nearly half (48%) of the plants assessed as Threatened or Near Threatened.

“Harvesting from the wild can benefit both the health and livelihoods of collectors and communities, but for this to be sustainable, appropriate management systems need to be in place,” said David Allen, Regional Biodiversity Assessment Officer with IUCN‘s Red List Unit, and lead author of the study. “Tools for sustainable management and collection of wild plants should be applied to improve existing wild harvesting management practices and provide a framework for policies in this area.”

The natural ingredients used in traditional medicines, herbal products, and other plant-based products come from nature and they only exist as long as we take responsible action to ensure they are not exploited or over-harvested. To this end the FairWild Standard, an international standard to ensure the wild collection of medicinal and other plants is carried out sustainably, was introduced in 2010.