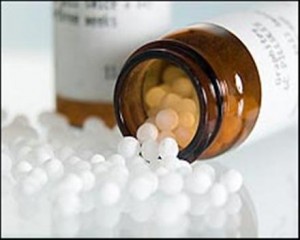 A new report shows that homoeopathy is both safe and effective

Natural Health News — A new report has found strong evidence for the effectiveness and safety of homoeopathy.

The 300-page analysis of existing studies, produced by the Swiss Network for Health Technology Assessment (HTA), will officially be published in the UK on 30th November 2011. However, ahead of its release some of the content of the report has been made available.

The HTA report, exhaustively reviews the scientific literature in homoeopathy, summarising 22 quality trials, 20 of which show positive results for homoeopathy. Four of these showed strong evidence that homoeopathy, as a system of medicine, is efficacious.

It also finds strong supporting evidence for the homoeopathic treatment of allergies and upper-respiratory tract infections.

The report also presents the results of the quality assessment of homoeopathy trials, concluding that “studies of homeopathy and phytotherapy were of better quality than comparable conventional medicine studies”.

The HTA report, written by a team of German speaking academics and edited by Gudrun Bornhöft & Peter F Matthiessen of Witten/Herdecke University in Germany, concludes: “… we have established that there is sufficient supporting evidence for the pre-clinical (experimental) as well as clinical effects of homoeopathy, and that in absolute terms, as well as when compared to conventional therapies, it offers a safe and cost-effective treatment.”

The report follows on from a 2006 HTA report into homoeopathy which also concluded that the effectiveness of homoeopathy was supported by clinical evidence.

A new report shows that homoeopathy is both safe and effective