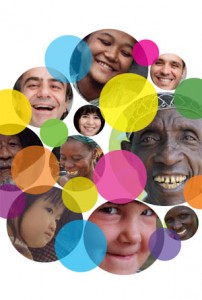 The Earth Institute's World Happiness Report shows it's not how wealthy a countryis, but how it uses its wealth to enhance public well being that is important [Image courtesy Earth Institute]

In fact, research shows that people who place a high value on wealth, status and stuff are more depressed and anxious and less sociable than those who do not.

In two of four experiments, university students were put in a materialistic frame of mind by tasks that exposed them to images of luxury goods or words mobilising consumerist values (versus neutral scenes devoid of consumer products or words without such connotations).

Completing questionnaires afterwards, those who looked at the pictures of cars, electronics, and jewellery rated themselves higher in depression and anxiety, less interested in social activities like parties, and more in solitary pursuits than the others.

Those primed to materialism by exposure to certain words evinced more competitiveness and less desire to invest their time in pro-social activities like working for a good cause.

In two other experiments, participants completed tasks that were framed as surveys – one of consumer responses, another of citizens’.

The first experiment involved moving words toward or away from the participant’s name on a computer screen – positive and negative emotion words and “neutral” ones that actually suggested materialism (wealth, power), self-restraint (humble, discipline), transcendence of self, or self-indulgence.

The people who answered the “consumer response survey” more quickly “approached” the words that reflected materialistic values than those in the “citizen” survey.

The last experiment presented participants with a hypothetical water shortage in a well shared by four people, including themselves. The water users were identified either as consumers or individuals. Might the collective identity as consumers – as opposed to the individual role – supersede the selfishness ordinarily stimulated by the consumer identity? No.

The “consumers” rated themselves as less trusting of others to conserve water, less personally responsible and less in partnership with the others in dealing with the crisis. The consumer status, the authors concluded “did not unite; it divided.”

The findings have both social and personal implications, says lead author psychologist Galen V Bodenhausen at Northwestern University, Illinois. “It’s become commonplace to use consumer as a generic term for people,” in the news or discussions of taxes, politics, or health care.”

But using terms such as Americans or Britions or simply “citizens” instead, he noted, “activates different psychological concerns.”

According to Bodenhausen, “We can also take personal initiative to reduce the depressive, isolating effects of a materialist mindset by avoiding its stimulants – most obviously, advertising. One method: “Watch less TV.”

The study emerges at the same time as a UN conference in New York, where delegates packed the hall to discuss the notion that happiness is just as important to a country’s success as its gross national product (GNP).

Hosted by the Kingdom of Bhutan, where ‘gross national happiness‘ (GNH) is acknowledged as being more important than ‘gross national product’ (GNP), the three-day conference aimed to produce a comprehensive report for UN Secretary-General Ban Ki-moon with a road map indicating how to improve happiness around the world.

A key idea of the conference is the major role that environmental stability and “fair use” of resources plays in a nation’s happiness. Costa Rica, which has the greenest economy in the world, was lauded as a model.

Sachs took the opportunity to launch the Earth Institute’s first World Happiness Report. Perhaps inevitably  some of the richest countries such as Denmark, Norway, Finland, and the Netherlands were also amongst the happiest while the least happy countries were all poor countries in sub-Saharan Africa such as Togo, Benin, Central African Republic and Sierra Leone .

But wealth alone, argued Sachs, was not the most important indicator of happiness. Rather it as what countries did with their wealth and the values around which they organised their societies. The strength of social support, the absence of corruption and the degree of personal freedom were also vital.

“GNP by itself does not promote happiness,” Sachs told the conference. “The US has had a three time increase of GNP per capita since 1960, but the happiness needle hasn’t budged. Other countries have pursued other policies and achieved much greater gains of happiness, even at much lower levels of per capita income.”

Happiness can be learned

Happiness, Sachs said, is a trait that can be learned – such as by teaching children honestly, and altruistic and compassionate values.

The Earth Institute's World Happiness Report shows it's not how wealthy a countryis, but how it uses its wealth to enhance public well being that is important [Image courtesy Earth Institute]