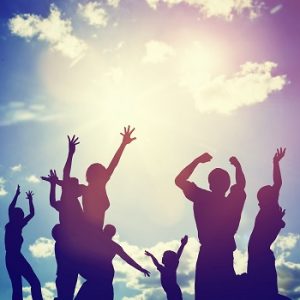 Maintaining a healthy levels of physical activity is a prescription for happiness. [Photo: Bigstock]

Get moving to get happy

Natural Health News — Physical activity has long been known to reduce depression and anxiety, and is commonly prescribed to prevent or cure negative mental health conditions.

However, less is known about the impact of physical activity on positive mental health conditions, such as happiness and contentment.

Researchers at University of Michigan wanted to know if exercise increased positive mental health in the same way it reduced negative mental health. Specifically, they examined which aspects of physical activity were associated with happiness, and which populations were likely to benefit from the effects.

To do this they reviewed 23 studies on happiness and physical activity. The studies included health information from thousands of adults, seniors, adolescents, children, and cancer survivors from several countries.

So what did they find?

The 15 observational studies (where researchers observe individuals without intervention) all showed a positive direct or indirect association between happiness and exercise, while 8 studies that used physical activity as an intervention showed inconsistent results. However a couple of themes did emerge from the review.

» Physical activity is good for our bodies and can alleviate negative mental health conditions like depression. But can it increase levels of happiness and contentment?

» US researchers reviewed several trials which looked at physical activity and its ability to enhance positive mental states.

» While the conclusions were not consistent there was a trend towards physical activity – as little as 10 minutes a day – increasing happiness.

The review of observational studies found that overall compared to inactive people, the likelihood of being happy was 20, 29 and 52% higher for people who were insufficiently active, sufficiently active, or very active, respectively. Results, however, could vary according to age, health status and ability.

Several studies looked at the relationship between physical activity and happiness in youth. Adolescents who were physically active at least twice a week, for example, had significantly higher happiness than those who were active once or less a week. An additional study found that college students who participated in physical activity were 30% more likely to be happy than peers who didn’t participate.

Three studies looked at happiness and activity in older adults. One found that exercise was associated with happier adults. Another found that total minutes of exercise per week was positively related to happiness. However, the findings did depend to some extent on health status and/or social functioning of those involved.

Three studies looked at special populations. Among ovarian cancer survivors, meeting the 150 minutes of moderate to vigorous physical activity was significantly associated with happiness level. In children and adolescents with cerebral palsy, physical activity predicted happiness level, and among drug abusers, the number of weekly exercise sessions, regardless of intensity, was slightly associated with happiness.

In the intervention studies, physical activity included aerobic, mixed school activity classes, and stretching and balance exercises or 30 to 75 minutes from one to five times a week for 7 weeks to a year. Four of these studies showed a significant difference in change of happiness between the physically active individuals and control group.

Moving is better than not moving

The review, published in the Journal of Happiness Studies, can’t claim to definitively show that physical activity equals happiness – indeed studies into moods and mental states often find it difficult to pin down one single thing that does or doesn’t influence them. However the evidence did showed a consistent positive relationship between physical activity and happiness.

So while we may not be sure of the optimal daily ‘dose’ – it seems clear that for some people, maintaining a healthy levels of physical activity is a reasonable prescription for happiness.

Maintaining a healthy levels of physical activity is a prescription for happiness. [Photo: Bigstock]