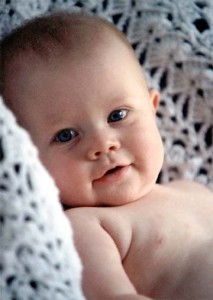 Natural Health News — Breastfeeding really does give your baby the best possible start in life.

Early colonisation of the gut by microbes in infants is critical for development of their intestinal tract and in immune development. Now a new study, published in the open access journal Genome Biology, shows there are important differences in bacterial colonisation of formula-fed and breast-fed babies.

These differences which extend to the genetic level according to this study, can mean the difference between being protected against pathogens, or not.

The health of individuals can be influenced by the diversity of microbes colonising the gut, and healthy gut flora can be especially important in regulating both intestinal and immune development in infants. However, little is known about the potential interactions between the host’s health at a molecular level, their gut microbes, and diet.

The human intestine is lined by epithelial cells that process nutrients and provide the first line of defence against food antigens and pathogens. Approximately one-sixth of intestinal epithelial cells are shed every day into faeces, providing a non-invasive picture of what is going on inside the gut.

In this study, the authors used what is known as transcriptome analysis to compare the intestines of three month old exclusively breast-fed or formula-fed infants, and relate this to their gut microbes.

Transcriptome analysis looks at the small percentage of the genetic code made up of RNA molecules and is a measure of what genes are actively making proteins. The scientists also used a separate analysis to measure levels of microbes (or microbiome) in the gut.

The results showed that the breast-fed babies had a wider range of microbes in their gut than the formula-fed infants but that their immune systems had developed to cope.

Robert Chapkin from the Texas A&M University, who led this multi-centre study, explained:  “While we found that the microbiome of breast-fed infants is significantly enriched in genes associated with ‘virulence’,  including resistance to antibiotics and toxic compounds, we also found a correlation between  bacterial pathogenicity and the expression of host genes associated with immune and defence mechanisms.”

He continued, “Our findings suggest that human milk promotes the beneficial crosstalk between the immune system and microbe population in the gut, and maintains intestinal stability.”

Although the World  Health Organization recommends exclusive breastfeeding for the first six months of life rates in the developing world are well below this. In the UK only 35% of babies are being exclusively breastfed at one week, 21% at six weeks, 7% at four months and 3% at five months.

For more about the benefits of breastfeeding see our article here.