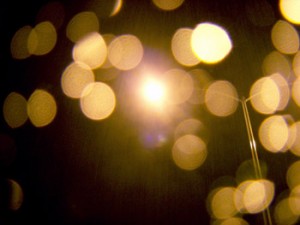 Speaking at the 21st International Congress of Zoology held at the University of Haifa, Israel, Professor Abraham Haim, a leading authority on light pollution, said exposure to light at night affects circadian rhythms in humans, animals and plants. Disruption of this natural cycle can result in various illnesses and adverse symptoms.

Haim presented data from an animal study showing the adverse effects of exposure to light at night – particularly short wavelength blue LED – in which the animals showed varying levels of damage to their metabolic rates, hormone production, body mass and oxygen consumption following exposure, as well as suppressed levels of melatonin production, which is responsible for tumour growth.

He said he would expect to find similar results of damage from human exposure to LED lighting, noting that “Western youngsters are typically surrounded by this sort of lighting in the confines of their own bedroom – from the smartphone, computer screen and television.”

Building on what we know

Haim’s remarks follow on from a study he published last year in the Journal of Environmental Management which showed that exposure to the white light of LED bulbs suppresses melatonin significantly more than exposure to the light of high pressure sodium bulbs, which give off an orange-yellow light.

Melatonin is a compound that adjusts our biological clock and is known for its anti-oxidant and anti-cancer properties.

The fact that “white” artificial light (which is actually blue light on the spectrum, emitted at wavelengths of between 440-500 nanometers) suppresses the production of melatonin in the brain’s pineal gland is already known. Also known is the fact that suppressing the production of melatonin, which is responsible, among other things, for the regulation of our biological clock, causes behaviour disruptions and health problems.

In this study – a collaboration between astronomers, physicists and biologists from the University of Haifa, ISTIL- Light Pollution Science and Technology Institute in Italy and the National Geophysical Data Center in Boulder – Colorado, researchers for the first time examined the differences in melatonin suppression in a various types of light bulbs, primarily those used for outdoor illumination, such as streetlights, road lighting, mall lighting and the like.

Relying on various data, the team first calculated the wavelength and energy output of bulbs that are generally used for outdoor lighting. Next, they compared that information with existing research regarding melatonin suppression to determine the melatonin suppression level of each bulb type.

High-pressure sodium (HPS) bulbs, which off orange-yellow light and are often used for street and road lighting, suppressed melatonin the least. Using this type of bulb as base measurement they found that the metal halide bulb, which gives off a white light and is used for stadium lighting, among other uses, suppresses melatonin at a rate more than 3 times greater than the HPS bulb.

The light-emitting diode (LED) bulb used in TVs, smartphones, computers and notebooks, which also gives off a white light, suppresses melatonin at a rate more than 5 times higher than the HPS bulb.

Although the LED is considered to be more ‘eco friendly’, the researchers predict that “The current migration from the now widely used sodium lamps to white lamps will increase melatonin suppression in humans and animals”.

The need for regulation

The researchers make some concrete suggestions that could alter the situation without throwing our world into total darkness, but first and foremost, they assert that it is necessary to understand that artificial light creates “light pollution” that ought to be addressed in the realms of regulation and legislation.

In addition they suggest limiting the use of “white” light to those instances where it is absolutely necessary. Another suggestion is to adjust lampposts so that their light is not directed beyond the horizon, which would significantly reduce light pollution. They also advise against “over-lighting,” using only the amount of light needed for a task, and, of course, to simply turn off lighting when not in use – like most of us are supposed to do when at home.

Finally, manufacturers should be compelled to state clearly on their packaging what wavelengths are produced by each bulb. If wavelength indeed influences melatonin production, this is health information that needs to be brought to the public’s attention, so consumers can make informed choices about whether to buy this lighting or not.

“Just as there are regulations and standards for ‘classic’ pollutants, there should also be regulations and rules for pollution stemming from artificial light at night,” says Prof. Abraham Haim.

His colleague Dr. Fabio Falchi of ISTIL added: “Unless legislation is updated soon, with the current trend toward sources as white LEDs, which emit a huge amount of blue light, we will enter a period of elevated negative effects of light at night on human health and environment.”

He added “Lamp manufacturers cannot claim that they don’t know about the consequences of artificial light at night”.