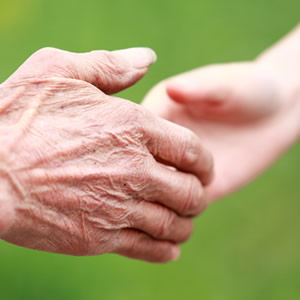 Lending a helping hand to others, provides measureable benefits for the helper

Helping others shields us from stress, prolongs life

Natural Health News — Giving time to help others with shopping, child care, house work and other errands may be good for our health and help us live longer

A five-year study by researchers at three US universities looked at how giving practical assistance to others affects the relationship between stress and risk of death.

For their analysis,published in the American Journal of Public Health, the researchers used data that had been collected between 1987 and 1988 for a study of married couples in the Detroit, Michigan, area.

The original study was designed to look at the effects of spousal bereavement on health, but in the interviews, the 846 participants had also answered questions on a range of other social, mental and physical health variables, so it was possible for the researchers to also analyse the data different angle.

The participants, most of whom were elderly, were asked to report stressful events they had experienced in the previous year. These included things like non-life-threatening illness, death of a family member, burglary, loss of job, or financial difficulties.

They were also questioned about whether whether they had provided “tangible assistance” to family, friends and neighbours in the past year. This was defined as the amount of time spent helping friends, neighbours and family not living with them, by giving them lifts, doing their shopping, housework, running errands, looking after children, and other tasks.

Help yourself by helping others

After adjusting for other factors such as age, general levels of physical and mental health the researchers found a significant interaction between helping behaviour, the ability to cope with stress and a lower risk of illness and death

“Our conclusion,” said lead researcher Michael J. Poulin, PhD, assistant professor of psychology at the University at Buffalo, “is that helping others reduced mortality specifically by buffering the association between stress and mortality.

“These findings go beyond past analyses to indicate that the health benefits of helping behaviour derive specifically from stress-buffering processes,” he added, “and provide important guidance for understanding why helping behaviour specifically may promote health and, potentially, for how social processes in general may influence health.”

Although the original data was collected quite a while ago, this remains an an interesting study because it offers an insight into what the authors say is “an often neglected field of research – whether altruistic behaviour also brings individual benefits”.

But watch out for stress, too

In addition those benefits can play out over the longer-term.

In another intriguing insight on stress, researchers recently showed that it is our reactions to our stressful situations that can predict health problems later in our lives, regardless of present health and the stressors themselves.

In this  study, published late in 2012 in the Annals of Behavioral Medicine researchers found that people who became troubled by daily stressors and  continued to harp on them even after they have passed, were more inclined to have chronic health problems, specifically pain (from arthritis or cardiovascular issues) as much as 10 years down the road.

Lending a helping hand to others, provides measureable benefits for the helper