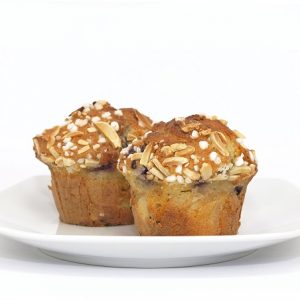 Food processing methods, such as finely grinding almonds to make a flour additive, can potentially turn a healthy food into an less healthy one. [Photo: Bigstock}

Natural Health News — Processing whole plant-based foods for use in food products can raise the levels of fat and calories in them – that’s before any other additives like sugar and fat are added to the mix.

That’s the finding of a small but interesting study published in the Journal of Functional Foods by researchers from King’s College London, University of Surrey and the University of Messina.

The test food was almonds, known to be rich in healthy fats as well as several other co-factors. Almonds have been shown, for example, to help clear cholesterol form the blood and while they can be high in calories, high consumption has been shown, in randomised control trials, to not increase body weight or BMI.

» Almonds are a healthy food that has been shown to have multiple benefits, including clearing cholesterol from the blood.

» Even high intake of the whole nut – which is high in fats – does not seem to increase body weight.

» New evidence shows, however, that there is a significant difference in the amount of fat the body absorbs from the whole nut as opposed to a finely ground flour used in processed foods such as muffins.

» This is an example of how processing can potentially turn a healthy food into an less healthy one.

These findings, say the researchers are likely due to the fact that the fats in whole almonds are thought to have what is called low lipid bio-availability, or what this paper called bio-accessibility. Bio-accessibility was defined by the researchers as “the proportion of a nutrient or phytochemical compound released from a complex food matrix during digestion and therefore potentially available for absorption in the gastrointestinal (GI) tract.”

The aim of the current study was to assess and compare lipid bio-accessibility from two muffins, one prepared using 85g of ground almond microparticles (particle size 1700 – 2000 micrometers) and the other 85g of more finely ground almond flour (<450 micrometers). Both muffins had identical nutrient content and, apart from the almonds, used the same ingredients.

A human volunteer was used to chew each type of muffin in order to begin the digestive process, then the chewed muffin was transferred to a dynamic gastric model, which mimics the physical and chemical conditions of the human stomach and small bowel, to assess the digestibility of the nutrients over a period of just over an hour (the average time for digestion in humans).

The team also carried out a human study during 2 days using a volunteer who had a stoma bag. Blood and effluent samples were collected to assess levels of fat from the muffin meal.

The team note that whilst the study was small is nevertheless provided useful data allowing them to compare the difference between differently processed foods.

Results showed that there was around a 30-40% difference in total lipid digestibility between the flour and micro particles matrix.  Results from the dynamic gastric model indicate that over 40% of the total fat content was released from the almond flour muffins compared to under 6% in the micro-particle muffins. Results from the human trial showed 97% of the fats released from almond flour muffins and 60% fat from the micro particle muffins.

The almond flour muffins also “produced an attenuated, but prolonged plasma glucose response which may be due to more bio-accessible lipid being present in the muffin matrix.” In other words, blood sugar levels remained higher for longer than normal.

This isn’t just a geeky study. The food industry continually co-opts beneficial fresh foods and finds ways of incorporating them into patented and highly processed foods, which make often vague claims for both naturalness and healthiness. Labelling is usually not helpful in giving consumers the full picture of the processing that goes into many pre-packaged foods.

What the King’s researchers have done is crack those claims open a bit to show how processing  methods such as finely grinding almonds to make a flour additive, can potentially turn a healthy food into an less healthy one – in this instance by raising the amount of fat made available to the body.

Food processing methods, such as finely grinding almonds to make a flour additive, can potentially turn a healthy food into an less healthy one. [Photo: Bigstock}