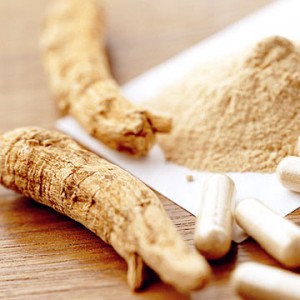 Ginseng can prevent and treat influenza

Natural Health News — Ginseng can help treat and prevent influenza and other respiratory infections of the lungs, according to new research.

In a recent issue of the open access journal Nutrients, lead researcher Sang-Moo Kang, of Georgia State University’s new Institute for Biomedical Sciences, reports on the beneficial effects of this well-known herbal medicine ahead of their publication in a major medical journal.

Kang’s primary research is in conventional medicine, with a focus on designing and developing effective vaccines against viral diseases such as influenza virus and respiratory syncytial virus (RSV), a respiratory virus that infects the lungs and breathing passages.

However for this investigation he partnered with a university and research institutes in South Korea that were seeking international collaborative projects to study the anti-viral effects of ginseng.

Influenza prevention is a challenge

Seasonal influenza is a serious respiratory disease that causes annual epidemics in humans worldwide, resulting in about three to five million cases of severe illness and about 250,000 to 500,000 deaths, according to the World Health Organization.

Influenza can spread quickly, and new, unexpected pandemic influenza viruses may emerge at any time and cross over to different species. The H1N1 influenza virus, a new strain known as swine flu that emerged in 2009, spread rapidly to more than 74 countries. There are also challenges with existing influenza vaccines, such as required annual updates and no protection against pandemic strains and bird flu.

In addition, there are no vaccines available for RSV, which affects millions and is the leading cause of inflammatory bronchiolitis pneumonia and viral death in infants and in some elderly adults.

After infection with influenza-A virus, mice that were orally administered ginseng over a long time showed a strong immune response against the virus and fewer inflammatory cells in their bronchial walls.

The results suggest that the beneficial effects of red ginseng extract on preventing influenza-A virus infections is a result of the immune modifying capabilities of ginseng.

In his upcoming publication in the International Journal of Molecular Medicine, Kang conducted a laboratory test to see whether Korean red ginseng extract has antiviral effects, or the ability to treat RSV infection.

He found that Korean red ginseng extract improved the survival of human lung epithelial cells against RSV infection and stopped the virus from replicating, or multiplying, in the body. In addition, treatment with Korean red ginseng extract suppressed the activity of RSV-induced inflammatory genes preventing them from forming the free-radicals that can damage lung tissue.

In a separate test, mice that were given oral doses of Korean red ginseng extract also had lower viral levels after infection with RSV.

These encouraging results suggest that Korean red ginseng extract has a useful role to play in preventing flu and lung damage in cases of RSV infection.

There are three different herbs commonly referred to as ‘ginseng’: Asian or Korean ginseng (Panax ginseng), American ginseng (Panax quinquefolius), and Siberian ginseng. The latter herb, although it shares many of the properties of the first two, is not a true ginseng.

In traditional Chinese herbal medicine, Panax ginseng was used to strengthen the digestion and the lungs, calm the spirit, and increase overall energy. It is considered to be an adaptogen, helping to balance the body and strengthen it under whatever stressful circumstances it encounter. It is widely used in energy drinks and supplements that support vitality, mental alertness and sports performance.

Ginseng has been reported to have anticancer, anti-inflammatory abilities. But there is also evidence that Panax can help support immunity, especially with regard to colds and flu.

For example, human 323 people concluded that an extract of American ginseng taken at 400 mg daily may help prevent the common cold.  Other evidence suggests it may be able to prevent flu-like illness in seniors.