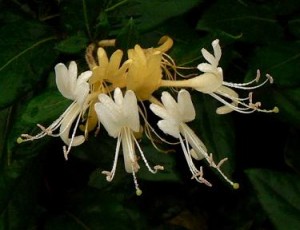 Brew some honeysuckle tea to fight the flu

Honeysuckle (Lonicera japonica) is widely used in Chinese herbal medicine, and has been used to effectively treat influenza infection for centuries.

Several previous studies have confirmed that the herb, usually consumed in the form of a tea, can suppress the replication of influenza virus. However, the active anti-viral components and the mechanism by which they block viral replication have remained unclear.

Now, a team of researchers headed by Dr Chen-Yu Zhang of Nanjing University in China has identified MIR2911, a naturally occurring molecule found in quantity in honeysuckle, as the first active component directly targeting various influenza viruses, including the swine flu H1N1, highly pathogenic avian H5N1 and H7N9 infections in an animal model.

MIR2911 stops the virus from replicating thus, say the researchers honeysuckle tea may represent a new effective therapeutic strategy that can be used to subdue deadly infections.

“It is important to note that since Alexander Fleming discovered penicillin nearly a century ago, antibiotics have been developed to target various bacterial infections and have saved the lives of millions of people,” the scientists wrote in a paper published in the journal Cell Research.

“Unfortunately, no natural product that is effective against viral infection has been identified thus far.”

“We suggest that as the first natural product to directly target influenza A viruses, MIR2911 is the ‘virological penicillin’ that serves as a novel therapeutic and preventive agent against not only influenza A, but potentially also other types of viruses.”