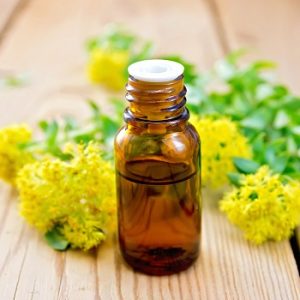 Rhodiola rosea extract can work just as well as conventional antidepressants, but with fewer side effects. {Photo: Bigstock]

Natural Health News — A herb used in traditional Eastern European folk medicine for centuries could be a potential treatment option for depression, according to the results of a new study.

Rhodiola rosea (R. rosea), also known as golden root or roseroot,  is commonly used in countries like Russia and Scandinavia to increase endurance, longevity and resistance to several health conditions including fatigue, altitude sickness and depression. Known as an adaptogenic herb (a herb that helps the body maintain balance in times of physical or emotional stress) this herbal remedy derived from the root on the plant is also popular in Chinese medicine

In a small study in the journal Phytomedicine researchers at the University of Pennsylvania pitted R. rosea extract against the conventional antidepressant therapy sertraline for mild to moderate major depressive disorder.

Prior to the study, all of the study’s 57 adult participants, exhibited two or more major depressive episodes, depressed mood and/or loss of interest or pleasure in life activities for at least 2 weeks, as well as symptoms including significant unintentional weight loss or gain, insomnia or sleeping too much, fatigue, and diminished ability to think or concentrate, and recurrent thoughts of death.

The participants received 12 weeks of standardised R. rosea extract, sertraline, or placebo and changes in their moods were monitored

Those taking rhodiola and the sertraline were 1.4 and 1.9 times more likely to experience improvement in their symptoms, respectively, after just 12 weeks than those on a placebo, a difference that was ‘not statistically significant’. In other words, say the scientists the rhodiola performed the same as the pharmaceutical – except when it came to adverse effects.

Results showed that people taking sertraline experienced twice the side effects – most commonly nausea and sexual dysfunction –  than those on R. rosea: 63% versus 30%, respectively, suggesting the R. rosea could be a better choice for individuals with mild to moderate major depressive disorder.

There is a great deal of research into the therapeutic effects of Rhodiola much of it centring around its use as an anti-stress remedy, but has also been shown to have heart protective and even anti-cancer properties.

This is not the first study to suggest rhodiola can be helpful in cases of depression. A 2007 placebo-controlled study published in the Nordic Journal of Psychiatry also examined the effectiveness of R. rosea extract in individuals diagnosed with mild to moderate depression.

Participants were given either 680 mg of 340 mg daily (in divided doses) of R. rosea extract or a placebo for a period of six weeks.

At the end of that period, significant improvements in depression, emotional instability and insomnia were demonstrated in the two groups given different doses of R. rosea extract compared to the placebo group.

A 2009 study also found that R. Rosea was a helpful treatment for stress-related fatigue and burnout, and in 20-13 scientists suggested that it may have beneficial effects on longevity.

Rhodiola rosea extract can work just as well as conventional antidepressants, but with fewer side effects. {Photo: Bigstock]