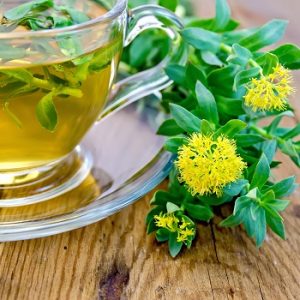 Natural Health News — The herbal extract of a yellow-flowered mountain plant, Rhodiola rosea, long used for stress relief was found to increase the lifespan of insects.

But it’s how Rhodiola, also known as golden root, did this that grabbed the attention of the scientists reporting in the online journal PLOS One.

They discovered that Rhodiola works in a manner completely unrelated to dietary restriction (a common method of extending life) and affects different molecular pathways.

Scientists study fruit flies because they have short life spans and it is therefore easier to test the effects of a substance over a lifetime of use. Scientists have been using these tiny critters to study genetics or over 100 yeas and most recently to study diseases like diabetes and Alzheimer’s. They share a surprising number of genes in common with humans and while it’s not the same as studying humans it can show us where human research should look next.

The finding of this most recent study is significant, says lead researcher Mahtab Jafari, associate professor of pharmaceutical sciences at the University of California at Irvine, precisely because dietary restriction is considered the most robust method of improving lifespan in laboratory animals, and scientists have been scrambling to identify compounds that can mimic its effects.

“We found that Rhodiola actually increases lifespan on top of that of dietary restriction,” she said. “It demonstrates that Rhodiola can act even in individuals who are already long-lived and healthy. This is quite unlike resveratrol [derived from foods like grapes and cocoa powder], which appears to only act in overfed or unhealthy individuals.”

The researchers proved this by putting flies on a calorie-restricted diet. It has been shown that flies live longer when the amount of yeast they consume is decreased. They expected that if Rhodiola functioned in the same manner as dietary restriction, it would not work in these flies. But it did. They also tested Rhodiola in flies in which the molecular pathways of dietary restriction had been genetically inactivated. It still worked.

Not only did Rhodiola improve lifespan an average of 24% in both sexes and multiple strains of flies, but it also delayed the loss of physical performance in flies as they aged and even extended the lives of old flies.

Jafari’s group previously had shown that the extract decreased the natural production of reactive oxygen species molecules (free radicals) in the fly mitochondria and protected both flies and cultured human cells against oxidative stress.

The scientists are not claiming that Rhodiola supplements will enable humans to live longer, but their discovery is enhancing scientific understanding of how supplements believed to promote longevity actually work in the body.

Rhodiola is what is known as an adaptogenic herb, similar to ginseng, astragalus and schisandra. It has already shown numerous possible health benefits in humans, such as decreasing fatigue, anxiety and depression; boosting mood, memory and stamina; and preventing altitude sickness.

Grown in cold climates at high elevations, the herb has been used for centuries by Scandinavians and Russians to reduce stress. It’s also thought to have antioxidant properties.

Rhodiola is readily available online and in health food stores. It is important, however, to buy high quality products standardised to contain the active ingredients rosavin and salidroside at 3% and 1-2% respectively.