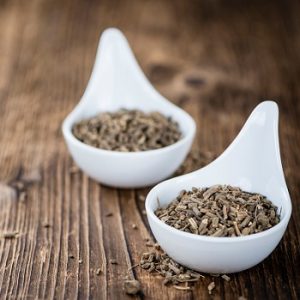 Herbs to improve focus and hyperactivity in children

In the first, 169 primary school children suffering from hyperactivity and concentration difficulties (but who did not meet the criteria for a diagnosis of ADHD) were treated for seven weeks with a recommended daily dose of 640 mg valerian root extract and 320 mg lemon balm extract. The children were evaluated by paediatricians and their parents using standardised questionnaires at the beginning of the study and at weeks 2 and 7.

» The number of children diagnosed with hyperactivity, inattention and ADHD is growing.

» Many parents sake alternative and complementary ways of treating their children.

» Two recent studies have shown that herbal remedies, specifically a combination of valerian and lemon balm in one and Korean red ginseng in the other, may help children maintain focus and calm.

According to the results the percentage of children having strong/very strong symptoms of poor ability to focus decreased from 75% to 14%, hyperactivity from 61% to 13%, and impulsiveness from 59% to 22%. Parent rated social behaviour, sleep and symptom burden showed highly significant improvements. Only two children had mild, transient reactions to the herbs.

Researchers concluded that the herbal combination provided a viable option in addition to counselling and education.

In a separate study, Korean researchers looked at the effects of Korean red ginseng (KRG) extract – compared to placebo – on behaviour in 70 children, age 6 to 15 years, with symptoms of inattention and hyperactivity/impulsivity.

According to the researchers there is evidence that Korean red ginseng can reduce the production of the adrenal corticosteroids (stress hormones), cortisol, and dehydroepiandrosterone (DHEA), and thus may be a viable treatment for attention-deficit/hyperactivity disorder (ADHD).

The KRG group received 1g KRG extract twice a day, and the control group received one pouch of placebo twice a day. The children were evaluated at the beginning of the study and again at 8 weeks by test and by measurement of brainwave activity and salivary cortisol and DHEA levels.

Reductions in inattention and hyperactivity were more than double that of the placebo groups, In addition the brainwave activity in the KRG group was significantly ‘calmer’ compared with the control group

However, neither the KRG group nor the control group exhibited significant differences in salivary cortisol or DHEA levels.

The researchers conclude that Korean red ginseng may be an effective and safe alternative treatment for children with inattention and hyperactivity/impulsivity symptoms.

Many parents use complementary and alternative treatments (CAM) for their children with ADHD. Nutritional therapies are the most common strategy, but herbal remedies are also gaining in popularity.

The most commonly used remedies for children with hyperactivity, inattention and diagnosed ADHD include Roman chamomile, valerian, lemon balm, passionflower ginkgo biloba and American (panax) ginseng. It is wise to consult a herbalist before using herbal medicines in children, especially if they are currently taking conventional medications.