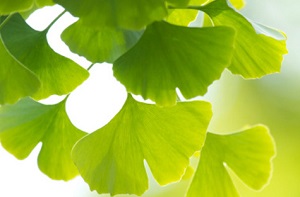 Ginkgo biloba, most commonly used to improve brain health in the elderly, may also have benefits for children with ADHD

Natural Health News — New evidence suggests that the herb Ginkgo biloba could be be an effective complementary therapy for children attention-deficit/hyperactivity disorder (ADHD).

In the small study, children and adolescents with ADHD received standard medication (methylphenidate, 20-30 mg per day) plus either ginkgo (80-120 mg/day) or placebo for 6 weeks.

Parents and teachers were asked at the beginning of the study, at 2 weeks and at 6 weeks to rate the children’s behavior using standardised questionnaires.

» Ginkgo biloba is traditionally used for improving brain health in the elderly.

» New data suggests that, in conjunction with conventional medicine, it has a role to play in improving inattention in children with ADHD.

Both parents and teachers reported more improvement in symptoms like inattention with the herbal treatment. At the end of 6 weeks parents of children receiving the ginkgo found an overall improvement in their children’s behaviour than did those whose children received the placebo (93.5% vs. 58.6%).

Not just for the elderly

Ginkgo biloba has been used as an aid to brain health and treatment for neurological conditions – especially in the elderly – for centuries by traditional doctors. Ginkgo’s usefulness for children with attention deficit/hyperactivity disorder is relatively new and was also assessed last year in a clinical study from Germany.

Researchers tested a ginkgo extract called EGb761 on 20 children diagnosed with ADHD. The children were given the herbal treatment for three to five weeks at a varying dosages up to 240 milligrams. This maximum dosage was given to those children who did not have immediate effective responses to a lower dose over the first three weeks.

The researchers were looking for subjective improvement in the children’s behaviour but also tested for improved brain electrical activity. They found that ginkgo extract improved ADHD symptoms among the children and that this corresponded with improved brainwave activity as well.

Ginkgo biloba, most commonly used to improve brain health in the elderly, may also have benefits for children with ADHD