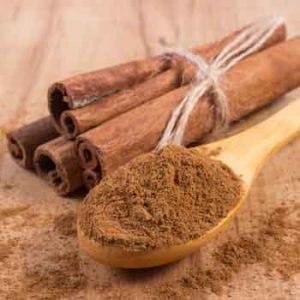 Daily cinnamon consumption appears to help protect working memory - even in those with health challenges like diabetes. [Photo: Bigstock]

Natural Health News — Poor memory and other types of cognitive impairment is an increasingly common symptom of diabetes and pre-diabetes. But new evidence suggests that an everyday spice may help.

Working memory is an important mental faculty necessary for things such as day to day decisions, as well as planning, problem solving and reasoning.

In this small study in the journal Nutrition Research researchers in Taiwan set out to look at the effect that ginger, turmeric and cinnamon (common ingredients in the Chinese and Taiwanese diets) had on the incidence of memory loss related to prediabetes and/or ageing.

The authors hypothesize that culinary herb or spice usage is associated with improved working memory in people with age-related and prediabetic cognitive impairment. The authors tested this hypothesis in an epidemiological study of patients with untreated, newly diagnosed prediabetes.

The 93 participants were all over 60 and recently diagnosed with prediabetes. None were taking any anti-diabetic medicine or had any other serious health conditions. The scientists assessed their mental health and food consumption was using specially designed questionnaires. Specifically the intake frequency of culinary herbs and spices was assessed on a 7-point scale ranging from “never” to “6 or more times per day.”

» Past research has shown that herbs like cinnamon, turmeric and ginger can have a positive effect on working memory in otherwise healthy individuals.

» In this small study older Taiwanese people, recently diagnosed with prediabetes, were found to have better working memories is they had regularly consumed cinnamon in their diets.

Even after adjusting for cinnamon use still had a significant effect on working memory. In addition the study showed that regular consumers of cinnamon also more commonly consumed ginger, no synergistic effect of the two on working memory was detected.

The authors state that herbs and spices continue to be inexpensive and safe treatment options. “Because we are reporting [cinnamon] usage in usual home food preparation, we are talking about no more than a gram or so per day, generally available and affordable,” they write.

The authors conclude that cinnamon intake is associated with better working in people with untreated prediabetes, and further hypothesise that the effect may be depend on the long term use do cinnamon.

This was a small study with some limitations. We don’t know for sure how much cinnamon was taken in daily, or in what form. Nevertheless the results suggest that cinnamon is a promising potential treatment to help keep working memory working even in the face of chronic conditions like diabetes.

Daily cinnamon consumption appears to help protect working memory - even in those with health challenges like diabetes. [Photo: Bigstock]