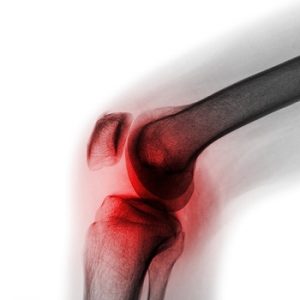 The pine bark extract known as Pycnogenol, is absorbed directly into the synovial fluid around the joint. [Image: Bigstock]

Natural Health News — Pycnogenol, an extract from French Maritime Pine bark, exerts its anti-inflammatory effect on joints by being directly absorbed into the synovial fluid, according to a new study of people with osteoarthritis.

Dietary supplements for joint health have traditionally been dominated by glucosamine and chondroitin, but with the rise in joint problems in an ageing population new remedies are always being sought.

A 2008 study published in the journal Phytotherpy Research​​ suggested that daily supplementation with Pycnogenol reduced overall knee osteoarthritis symptoms by 21%. But just how Pycnogenol worked was unknown.

Working through the joint

» Pycnogenol is an extract from French Maritime Pine bark. It is known to be beneficial for joints but how it works has been unclear.

» Scientists in Germany, studying people with osteoarthritis of the knee,  have found that supplemental Pycnogenol is quickly absorbed into the synovial fluid of the knee, where it has an anti-inflammatory and pain relieving effect.

New data from a human trial, published in the journal Nutrients​​, shines a light on the way the natural remedy works to reduce inflammation and pain.

The German scientists recruited 33 people diagnosed with severe osteoarthritis who scheduled for knee replacement surgery (arthroplasty). The volunteers were supplemented with 200 mg per day of Pycnogenol or no supplements (control group) for three weeks leading up to their scheduled surgeries, and synovial fluid samples were collected during surgery to detect and measure the presence of polyphenols.

Results showed that the polyphenols found in Pycnogenol including taxifolin, ferulic acid and catechin were distributed throughout the synovial fluid. On the other hand, taxifolin and ferulic acid were not detected in control group serum samples.

Osteoarthritis is a degenerative condition that affects the joints. As it progresses the surfaces within the joints become damaged and as a result the joint doesn’t move as smoothly as it should. The damage triggers several of the body’s repair mechanisms one of which is that the synovium (the inner layer of the joint capsule which produces synovial fluid) may thicken and make extra fluid. This causes your joint to swell.

Synovial fluid’s primary job is to provide cushion and lubrication for joints. A joint’s synovial membrane produces substances called albumin and hyaluronic acid that give the synovial fluid its viscosity and slickness. In addition, synovial fluid delivers nutrients to  and removes waste from the cartilage. Pycnogenol’s ability to be absorbed into the synovial fluid means it is also a natural delivery system for its anti-inflammatory benefits.

“To the best of our knowledge, this is the first study investigating polyphenol concentrations in human synovial fluid samples of patients with osteoarthritis,” wrote the researchers.

The pine bark extract known as Pycnogenol, is absorbed directly into the synovial fluid around the joint. [Image: Bigstock]