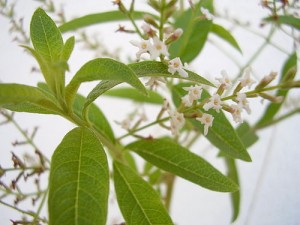 Natural Health News — Lemon verbena extract is a strong antioxidant that can be useful in the treatment of joint disorders, according to new research,

The women took either the herb/omega-3 comb or a placebo for 9 weeks. Pain and stiffness symptoms, and joint function were determined once per week throughout the trial.

The researchers used two different types of questionnaires to assess pain and function in the joints. The Western Ontario and McMaster Universities Arthritis Index (WOMAC) was used to evaluate the condition of patients with osteoarthritis of the knee and hip.  The Lequesne’s questionnaire measures functional capacity (i.e. movement) and allows researchers to gauge the severity for osteoarthritis of the knee.

WOMAC and Lequesne’s total scores decreased 53% and 78%, respectively, at the end of the study compared to the beginning. Statistically significant improvements in the herb/omega-3 group was first seen at the third and fourth weeks.