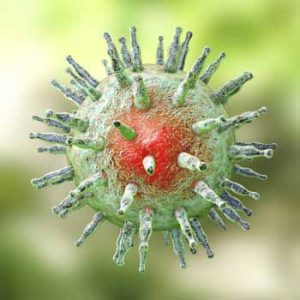 Scientists say viral or bacterial infection is what which triggers the plaque build-up in the brains of Alzheimer's sufferers. [Photo: Bigstock]

Crucial viral link to Alzheimer’s is being ignored

Natural Health News — An international team of 31 senior scientists and clinicians have called for the medical and scientific community to take seriously overwhelming evidence that Alzheimer’s disease is linked to microbial infections.

Their paper, stresses the urgent need for further research – and more importantly, for clinical trials of anti-microbial and related agents to treat the disease.

Current medical opinion is that Alzheimer’s is caused by the build-up of sticky amyloid plaques in the brain which prevent neurons from communicating with each other, leading to memory loss and cognitive decline.

But the editorial in the Journal of Alzheimer’s Disease, suggests that a viral or bacterial infection is what triggers the plaque build-up in the first place.

“Alzheimer’s disease causes great emotional and physical harm to sufferers and their carers as well as having enormously damaging economic consequences,” the study authors write.

» A panel of scientists from around the world warn there is overwhelming evidence that infection with viruses and bacteria can cause Alzheimer’s.

» The panel specifically implicated the herpes virus, and the chlamydia bacteria as well as corkscrew shaped bacteria called spirochaetes.

» Ignoring this evidence, say the scientists has led to delays in understand the cause of Alzheimer’s, as well as finding a cure.

“We write to express our concern that one particular aspect of the disease has been neglected, even though treatment based on it might slow or arrest Alzheimer’s disease progression.

“We refer to the many studies, mainly on humans, implicating specific microbes in the elderly brain, notably herpes simplex virus type 1, chlamydia pneumoniae and several types of spirochaete (corkscrew shaped bacteria that cause, amongst other things, syphilis and Lyme disease).

“We propose that further research on the role of infectious agents in Alzheimer’s disease causation, including prospective trials of antimicrobial therapy, is now justified.”

The new paper summarises abundant data implicating these microbes, and says that until now this work has been largely ignored or dismissed as controversial – despite the absence of evidence to the contrary.

For this reason, say the authors, funding for clinical trials has been refused, despite the fact that over 400 unsuccessful clinical trials for Alzheimer’s, based on other concepts, were carried out between 2002 and 2012. This, they suggest, has slowed progress on finding a cause – and cure – for Alzheimer’s.

Opposition to the idea that microbes could cause Alzheimer’s resembles the fierce resistance to studies some years ago which showed that viruses cause certain types of cancer, and that a bacterium causes stomach ulcers. Those concepts were ultimately proved valid, leading to the subsequent development of new treatments.

Professor Douglas Kell of The University of Manchester’s School of Chemistry and Manchester Institute of Biotechnology is one of the editorial’s authors. He says, “We are saying there is incontrovertible evidence that Alzheimer’s disease has a dormant microbial component – we can’t keep ignoring all of the evidence.”

The authors say that viruses and bacteria are common in the brains of elderly people, and although they are usually dormant, they can become activated by stress or if the immune system is compromised.

Kell also notes that these microbes can be passed on in ways other than human contact. For example, supposedly sterile red blood cells have been shown to contain dormant microbes, which also has implications for the safety of blood transfusions.

Around two thirds of people will acquire the herpes virus at some point in their lives, and many will not realise they have it. The herpes virus can affect the central nervous system, in particular the limbic system in the brain which regulates mood and instinct and is associated with mental decline and personality changes.

The researchers also point to the fact that a gene mutation known as APOEe4 – which makes one in five people more susceptible to Alzheimer’s disease – also raises their susceptibility to infectious disease.

Viral infections in the brain are already known to cause symptoms similar to Alzheimer’s and the experts say the link has been ‘neglected’ for too long.

The evidence in this paper could also have implications for the future treatment of Parkinson’s disease, and other progressive neurological conditions.

Scientists say viral or bacterial infection is what which triggers the plaque build-up in the brains of Alzheimer's sufferers. [Photo: Bigstock]