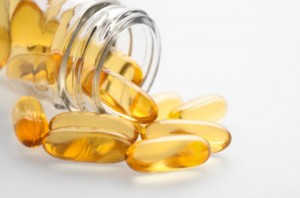 Natural Health News — New research suggests vitamin E has a brain protective effect that could slow the progression of mild-to-moderate Alzheimer’s disease and may help reduce the amount of help they need with daily activities.

Writing in the Journal of the American Medical Association the researchers say this is the first time any treatment has been shown to alter the course of dementia at that stage.

New research from the faculty of Icahn School of Medicine at Mount Sinai working with Veterans Administration Medical Centers suggests that alpha-tocepherol, a natural form of vitamin E, may slow functional decline in patients with mild-to-moderate Alzheimer’s disease and decrease caregiver burden.

The 6-year study examined the effects of 2000 iu per day of vitamin E with or without 20 mg per day of the drug memantine, or placebo in a group of 613 people (mostly men) at 14 Veterans Affairs Medical Centers in the US with mild to moderate Alzheimer’s disease. The researchers were looking for effects on cognitive, neuropsychiatric and functional ability as the need for help from caregivers.

“This trial showed that vitamin E delays progression of functional decline by 19% per year, which translates into 6.2 months benefit over placebo.”

But for those taking vitamin E alone the benefit was equivalent to keeping one major skill that otherwise would have been lost, such as being able to bathe without help. For some people, that could mean needing less help from caregivers and living independently rather than needing a nursing home.

Dr. Sano previously led a study on vitamin E in patients with moderately severe Alzheimer’s disease. She found that the vitamin slowed disease progression in this group of patients as well.

It’s not entirely clear why vitamin E might help, though it is a powerful antioxidant, like those found in tea, red wine, berries, chocolate and other foods. Alzheimer’s disease has been linked to free radical damage in the brain and increasing antioxidants is one way to help protect cells from damage that can contribute to other diseases.

The finding is valuable because vitamin E is easy widely available and it is also inexpensive. The clinical trial investigators believe it can be recommended as a treatment strategy, though suggest that more data is needed to show if women and people from a variety of ethnicities also benefit from the supplement.