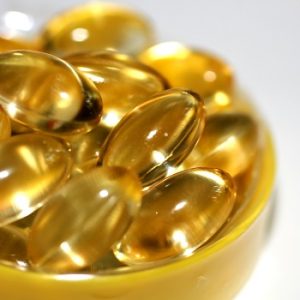 Individuals with the highest blood levels of vitamin E had the lowest risk of developing gallstones. [Photo: Bigstock]

Vitamin E could protect against gallstones

Natural Health News — Raising your intake of vitamin E may be linked to a lower risk of gallstone disease, according to new research data.

Gallstones are hardened deposits of digestive fluid that form in the gallbladder. The most common type is composed mainly of undissolved cholesterol. Although they can range in size from a grain of sand to a golf ball, people may live with gallstones for years without experiencing any symptoms.

The most common symptoms are intensifying pain in the upper right portion of your abdomen or in the centre of your abdomen, just below your breastbone, pain between your shoulder blades or in your right shoulder and nausea and vomiting.

In this study, led by researchers from the University of Kiel, in Germany, 582 people (average age 62) had lower blood levels of alpha-tocopherol than those who did not have gallstones.

» Previous research has also found reduced vitamin E absorption in people with gallstones; but it isn’t clear if the poor absorption or the gallstones come first.

» In a new study scientists measures blood levels of both alpha-and gamma-tocopherol in older individuals with gallstones disease.

» Those with the highest levels of alpha-tocopherol were nearly 70% less likely to develop gallstones.

The scientists took blood samples from the subjects, from which total and low-density lipoprotein (LDL) cholesterol and two different forms of vitamin E (alpha- and gamma-tocopherol) were measured.

Vitamin E isn’t just a single nutrient but in fact is a family or complex of 10 fat-soluble compounds (in much the same way as the B-complex family). The ten forms of vitamin E are divided into two groups; five are tocopherols and five are tocotrienols. Both types are usually differentiated with prefixes like include alpha-, beta-, gamma- and delta-.

Writing in the journal Nutrients, they note that that those with the highest blood level of alpha tocopherol had around 70% less risk of developing gallstones.  A similar association was found with gamma-tocopherol levels. However, with the gamma form, the results were not as powerful.

Previous research has also found reduced vitamin E absorption in people with gallstones, and that the disturbance of bile secretion in gallbladder disease is associated with fat-soluble vitamin deficiencies.

Individuals with the highest blood levels of vitamin E had the lowest risk of developing gallstones. [Photo: Bigstock]