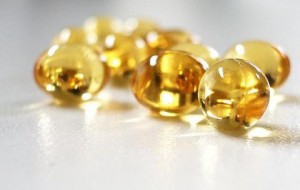 Vitamin E is a potent antioxidant and immune booster - are you getting enough?

Vitamin E – why you may need more

What is vitamin E and how much do we need to stay healthy?

For years vitamin E – known widely as an antioxidant and immune booster – has been the subject of controversy, with some claiming miraculous effects while others disputing its benefits.

But a new analysis suggests that adequate levels of this essential micronutrient are especially critical for the very young, the elderly, and women who are or may become pregnant.

A lifelong proper intake of vitamin E is also important, researchers said, but often complicated by the fact that this nutrient is one of the most difficult to obtain through diet alone – especially if you rely on a typical Western Pattern Diet.

It has been estimated that only a tiny fraction of Americans consume enough dietary vitamin E to meet the estimated average requirement.

Meanwhile, some critics have raised unnecessary alarms about excessive vitamin E intake while in fact the diet of most people is insufficient, said Maret Traber, a professor in the College of Public Health and Human Sciences at Oregon State University, lead investigator with the Linus Pauling Institute and expert on vitamin E.

“Many people believe that vitamin E deficiency never happens,” Traber said. “That isn’t true. It happens with an alarming frequency both in the United States and around the world. But some of the results of inadequate intake are less obvious, such as its impact on things like nervous system and brain development, or general resistance to infection.”

One study found that people who are highly motivated to eat a proper diet consume almost enough vitamin E, but broader surveys show that 90% of men and 96% of women don’t consume the amount officially recommended, 15 milligrams (22 IU) per day for adults.

It should be noted that this recommendation is a minimum and most nutritionists recommend a much higher daily intake of around 1,000 mg/day (1,500 IU) – an amount, studies show, that most people can take safely. If in doubt always seek professional advice on what’s right for you.

In a review of multiple studies, published in Advances in Nutrition, Traber outlined some of the recent findings about vitamin E. Among the most important are the significance of vitamin E during fetal development and in the first years of life; the correlation between adequate intake and dementia later in life; and the difficulty of evaluating vitamin E adequacy through measurement of blood levels alone.

A family of nutrients

Vitamin E isn’t just a single nutrient but in fact is a family or complex of 10 fat-soluble compounds (in much the same way as the B-complex family). The ten forms of vitamin E are divided into two groups; five are tocopherols and five are tocotrienols. Both types are usually differentiated with prefixes like include alpha-, beta-, gamma- and delta-. These compounds have a powerful antioxidant action that helps neutralise the free-radicals that can cause disease and premature ageing.

Tocopherols are the most well studied of the vitamin E family and alpha-tocopherol is arguably the form that most of us take as supplements.

Gamma-tocopherol form is the most abundant form of vitamin E in foods, and delta form is abundant in vegetable oils.

In recent years scientist have discovered that different members of the vitamin E family have different benefits.

For example, one recently published paper indicated that the delta-tocopherol form of vitamin E was more effective than other forms of vitamin E in suppressing the development of colon cancer in rats.

Yet another suggested that that gamma- and delta- tocopherols are more protective of breast cancer, reducing inflammation, cell proliferation, and tumour formation than the alpha form so commonly recommended.

Other recent research suggests that the gamma as well as the delta forms of vitamin E, as well as a naturally occurring mixture of tocopherols, had cancer protective properties, that the alpha form on its own did not. They suggested that mixed tocopherols were a better form of supplement than high dose alpha-tocopherol.

When you don’t get enough

Vitamin E deficiency can be caused by diet or genetic factors. It is also a symptom of s Crohn’s disease, liver disease or pancreatic insufficiency, cystic fibrosis, and can be a problem in individuals who have had part or all of their stomach removed or who have had a gastric bypass

It causes nerve problems due to poor conduction of electrical impulses along nerves due to changes in nerve membrane structure and function.

Other recent studies have shown that vitamin E suggests deficiency has a previously unrecognised role in the development of osteoporosis.

Findings from the Oregon State University review include:

The study also suggested that findings about diseases that are increasing in the developed world, such as non-alcoholic fatty liver disease and diabetes, suggest that obesity does not necessarily reflect adequate micronutrient intake. You can be overweight AND undernourished.

“It’s important all of your life, but the most compelling evidence about vitamin E is about a 1000-day window that begins at conception,” Traber said. “Vitamin E is critical to neurologic and brain development that can only happen during that period. It’s not something you can make up for later.”

Traber recommends a supplement for all people with at least the estimated average requirement of vitamin E, but that it’s particularly important for all children through about age two; for women who are pregnant, nursing or may become pregnant; and for the elderly.

Because vitamin E is fat-soluble, supplements are best absorbed with food.

If you are looking to increase your intake through your diet include more foods such as:

Rice bran oil, wheat germ, barley, oats, coconut oil and palm kernel oil all contain one or more of the tocotrienols as well as tocopherols. Only palm fruit oil contains all four types.

Vitamin E is a potent antioxidant and immune booster - are you getting enough?