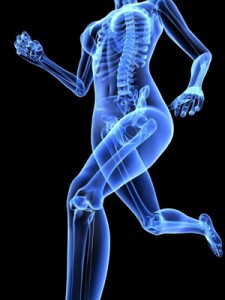 If low blood levels of vitamin E are associated with osteoporosis, could supplementation help?

Osteoporosis is a complex disorder with a large number of environmental risk factors that often interact in combinations. It is often associated with ageing, but can also be a symptom of other diseases such as immune or hormonal disruptions and can also be caused by certain medications, smoking and excessive alcohol consumption.

Nutritional deficiencies also play a part with insufficient calcium and vitamin D over one’s lifetime being a major contributor.

But now, according to Spanish researcher we should also be considering vitamin E deficiency as well.

In a study published in the Journal of Bone and Mineral Metabolism  the researchers asked 232 women to complete a questionnaire on diet, and to provide blood samples to have their vitamin E levels determined  and had bone mineral density tests performed.

The researchers measured vitamin E levels by looking at the ratio of vitamin E to lipids (fats) in the blood, since vitamin E depends on blood lipids for absorption.

The results of the study are consistent with previous epidemiological studies which state that low vitamin E levels are related to osteoporosis; however the researchers did not investigate the effect of supplementation of vitamin E and the risk of osteoporosis.

How vitamin E helps protect bones is not well understood but, say the researchers, other laboratory and animal studies have shown that vitamin E has bone protective effect and may even be helpful in reversing bone damage caused by nicotine.

Other evidence suggests that vitamin E is most beneficial when osteoporosis is associated with inflammatory conditions such as such as ankylosing spondylitis, rheumatoid arthritis, and systemic lupus erythematosus.

In general bones stop growing in length between the ages of 16 and 18, but bone density continues to increase slowly until a person is in their mid-20s. At this point, given a good diet and healthy lifestyle, the balance between bone demolition and bones construction remains relatively stable.

However, the risk of bone loss and therefore decreased bone density, increases with age, particularly in post-menopausal women. Osteoporosis increases the risk of a bone fracture in the wrists, hips and spinal bones.

Although human studies are lacking the authors of the current study concluded that  their findings “highlight that vitamin E may increase BMD in healthy postmenopausal women”.

However the picture is complicated somewhat by the fact that there are also studies showing that vitamin E is not bone-protective.

For instance, Japanese researchers recently claimed to have found a link between vitamin E and bone degeneration. According to their small, preliminary study published in Nature Medicine, animals fed on a diet supplemented with vitamin E (alpha tocopherol) had bones 20%t weaker than those that ate normally.

Their data showed that the alpha-tocopherol compound in vitamin E was not particularly good at ‘remodelling’ the formation and breakdown of bones, thinning the bones as a result.

The key may be in the type of vitamin E used. Vitamin E is actually a complex, or a suite of related substances, much like the B-vitamin family. In general it can be divided into tocopherols and tocotrienols.

Some reports say here is no difference in the bone protective effects of the different types of vitamin E. Other suggest that tocotrienols are more effective. There’s no definitive answer, but as new studies into supplementation arise it seems important to pay attention to which form of vitamin E has been used.

In the mean time it’s also important to know that you can obtain enough vitamin E in a healthy diet that includes these vitamin E-rich foods such as:

Rice bran oil, wheat germ, barley, oats, coconut oil and palm kernel oil all contain one or more of the tocotrienols as well as tocopherols. Only palm fruit oil contains all four types.

Vitamin E is valued for its powerful antioxidants qualities. it helps protect against the damaging effects of free-radicals which are associated with, amongst other things, premature skin ageing, cancer, heart disease and strokes.

If low blood levels of vitamin E are associated with osteoporosis, could supplementation help?