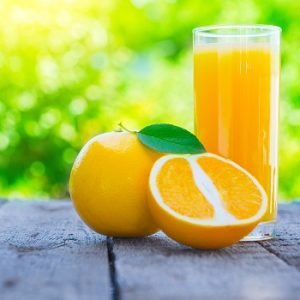 Natural Health News — Keeping your bones strong could be as simple as drinking a glass of orange juice a day, according to new data.

A new analysis looked at studies into the bone-protective effect of vitamin C in nearly 10,000 people. Specifically the Scientists at Zhengzhou University in China were looking at high quality data on the risk of hip fractures in relation to daily vitamin C intake.

Pooling the results of  six previous studies on vitamin C and fracture risk, they found that every 50 mg vitamin C intake daily – the equivalent of a small orange, or 60mls (a quarter of a glass) of freshly-squeezed orange juice – lowered the risk of fracture by 5%.

The researchers note that previous studies show that those with high fruit and vegetable intake are less prone to hip fractures. This they say this likely because of the higher vitamin C content in fruits and vegetables.

» A new meta-analysis has shown that those who consume the highest amounts of vitamin C Daily, from food or supplements, have a lowered risk of hip fracture.

» Chinese scientist looked at data from studies involving nearly 10,000 people around the world.

» Results showed that for every 50 mg vitamin C intake daily – the equivalent of a small orange, the risk of fracture was lowered by 5%.

The results of the meta-analysis in the journal Osteoporosis International, say the researchers, “strongly support that increasing dietary vitamin C intake can decrease the risk of hip fracture.”

There is some previous research to support this view. The Framingham Study, a well-known, long-term American medical study which began in 1948, also looked into the link between vitamin C intake and hip fractures over a 17 year period.

Vitamin C is a water soluble vitamin that the body does not store and cannot manufacture on its own. It therefore needs to be obtained from the diet every day. While most of us think oranges when we think of vitamin C, many other foods are rich in this nutrient:

Vitamin C supplements are also a good way to ensure you are getting enough. Look for those with added bioflavonoids.

Good news for an ageing population

As our population ages, health officials worry about the increased incidence of hip fractures.

In the UK, for example, around 65,000 people a year suffer a hip fracture. Most are older people who have some degree of osteoporosis. The UK’s National Health Service spends over £1bn a year treating hip fractures, so dietary prevention could benefit both people and an overburdened health service.