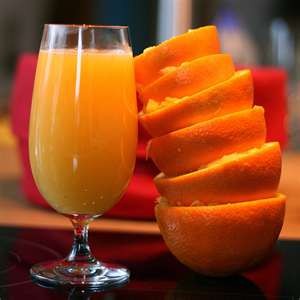 Dementia sufferers are low in vitamin C and beta carotene

Natural Health News — Forgetfulness, lack of orientation, cognitive decline … these are among the symptoms of Alzheimer’s disease.

Now German researchers from the University of Ulm have discovered that the blood-concentration of the antioxidants vitamin C and beta-carotene are significantly lower in patients with mild dementia than in others. It might therefore be possible to influence the development and the course of the disease through diet and supplementation.

Their findings are published in the Journal of Alzheimer’s Disease.

Alzheimer’s, the researchers note, is a neurodegenerative disease. Its symptoms are the result of changes such as when the brain protein amyloid beta clumps together and blocks synapses – communication pathways between brain cells. There is also degeneration of the fibrillae, which is part of the cell structure.

Oxidative stress – caused when the body reacts with oxygen and releases free radicals – is also thought to contribute. Antioxidants have the potential to protect against neurodegeneration.

In their study, the researchers have investigated whether the blood-levels of vitamin C, vitamin E, beta-carotene as well as lycopene and coenzyme Q10 are significantly lower in the blood of Alzheimer’s patients.

This small study involved involved74 Alzheimer’s patients and 158 healthy people. The 65- to 90-year-olds underwent neuropsychological testing and answered questions regarding their lifestyle and their blood was analysed for the presence of a range of antioxidant nutrients.

What they found was that the concentration of vitamin C and beta-carotene in the blood of patients with mild Alzheimer’s was significantly lower than that of health individuals.

Other anti-oxidants not influential

In this study no such difference between the groups could be found for the other antioxidants (vitamin E, lycopene and coenzyme Q10).

This remained true even when researchers took into account other factors that could affect levels of these antioxidants in the blood including education, civil status, BMI, consumption of alcohol and cigarette smoking.

Vitamin C is necessary for the growth and repair of tissues in all parts of your body. It is also a powerful antioxidant that can help prevent some of the damage caused by free radicals.

All fruits and vegetables contain some amount of vitamin C. Those with the most include:

Vegetables with the most vitamin C include:

Beta-carotene is one of a group of red, orange, and yellow pigments called carotenoids. The body uses beta-carotene to produce vitamin A and most of us get about 50% of our vitamin A in the form of beta carotene

Sources of beta-carotene include:

The more intense the colour of a fruit or vegetable, the higher its beta-carotene content.