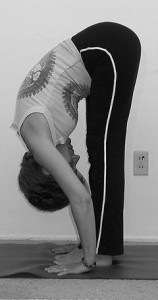 Yoga can help ease the symptoms of Fibromyaglia

The pain of fibromyalgia can be effectively managed through regular yoga practice, according to a new study.

Previous research has found that women with fibromyalgia have lower-than-average levels of cortisol – a hormone released when a person is under stress and which contributes to pain, fatigue and emotional sensitivity.

So researchers at York University investigated whether yoga had any beneficial effect on cortisol levels in fibromyalgia sufferers. Results showed that a programme of 75 minutes of hatha yoga twice weekly over 8 weeks raised the women’s cortisol levels

The women who participated in the study were asked to complete questionnaires to help researchers understand the effects of the yoga programme. Participants reported significant reductions in pain and associated symptoms, as well as psychological benefits. They felt less helpless, were more accepting of their condition, and were less likely to “catastrophize” over current or future symptoms.

According to the study’s lead author, Kathryn Curtis, a PhD student in York’s Department of Psychology, Faculty of Health: “Hatha yoga promotes physical relaxation by decreasing activity of the sympathetic nervous system, which lowers heart rate and increases breath volume.”

“We saw their levels of mindfulness increase – they were better able to detach from their psychological experience of pain,” Curtis says. Mindfulness is a form of active mental awareness rooted in Buddhist traditions; it is achieved by paying total attention to the present moment with a non-judgmental awareness of inner and outer experiences.

“Yoga promotes this concept – that we are not our bodies, our experiences, or our pain. This is extremely useful in the management of pain.”

Yoga can help ease the symptoms of Fibromyaglia