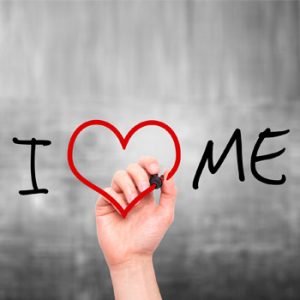 If you say mean things about yourself you are risking unhappiness and ill health. [Image: Bigdstock]

Be nice to yourself – stop calling yourself fat and old!

Writing in the Journal of Eating Disorders researchers say that women of all ages engage in some type of ‘old talk’, but those who do it most put themselves at high risk for eating disorders, anxiety, depression, and other physical and mental-health problems.

In order to see if the impact of ‘fat talk’ – and disparaging comments like ‘old talk’ – was the same throughout women’s lives, researchers from Trinity University and University of the West of England surveyed 900 women, whose ages ranged from 18 to 87.

The results showed that 66% of those surveyed said they sometimes spoke of themselves as old, with the behaviour most common among those ages 46 and older. But even half of women ages 18-29 sometimes called themselves old.

Both ‘fat talk’ and ‘old talk’ occurred throughout women’s lives, but in general women talked less about age and getting older than they did about their concerns with weight. ‘Fat talk’ appeared to be a younger woman’s topic and became less frequent with age, while ‘old talk’ increased.

Acknowledging your age, of course, isn’t intrinsically bad. It can become problematic when you fixate on things like wrinkles or grey hair, or always talk about ageing being a negative.

Given the power of our own words to shape our lives, it’s perhaps not surprising that women who reported higher levels of ‘fat talk’ and ‘old talk’ also tended to have a more negative body image.

Dr. Carolyn Black Becker, who led this study, noted, “Until now, most research has focused on the negative effects of the thin-ideal and speech, such as ‘fat talk’, in younger women, but we need to remember that the thin-ideal is also a young-ideal which, as our results show, becomes increasingly important to negative body image as women age.”

If you say mean things about yourself you are risking unhappiness and ill health. [Image: Bigdstock]