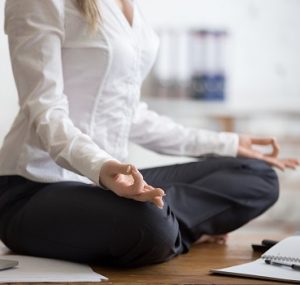 Researchers have found that being at work makes us less spiritually aware. [Photo: Bigstock]

We are less spiritual at work, study shows

Natural Health News — Even people who think of themselves as spiritual can find it hard to maintain a higher state of mind when at work.

Rather than being a constant, spirituality can vary throughout the day, say University of Connecticut researchers and some things are more likely to knock us off the spiritual path than others.

Speaking at the 110th Annual Meeting of the American Sociological Association (ASA), found that people had the highest levels of spiritual awareness in the morning and while engaged in activities such as praying, worship, and meditation. Spiritual awareness also was high when people listened to music, read, or exercised. It was low, however, while people were doing work-related activities or playing video games.

» Even the most spiritually aware find it hard to be spiritual all the time.

» A recent US study, using smartphone questionnaires, found that meditation, music,reading and exercising all help us maintain a spiritual outlook onlife

» Activities that lowered our spirituality included watching the news video games and being at work.

Being at work reduced spiritual awareness, which the authors measured as self-reported awareness of God, a higher power, or larger ideal. Those who worked the most appeared to have the lowest awareness. Additionally, the study found that the kind of people who regularly watched the news had higher overall spiritual awareness than those who did not; however, the act of watching the news lowered awareness for everyone.

During the study, a total of 2,439 people in the United States took two SoulPulse surveys each day for two weeks between November 2013 and May 2015. Wright and his collaborators used that data for their study.

Each daily survey included 15 to 25 randomly selected questions from a larger pool of 120 daily questions.

Although the SoulPulse participants were socially and geographically diverse, the study group is not a nationally representative sample because it was limited to people who owned a smart phone and who volunteered to be in the study. In some ways this makes the variations in participants’ spiritual awareness throughout the day all the more surprising.

Researchers have found that being at work makes us less spiritually aware. [Photo: Bigstock]