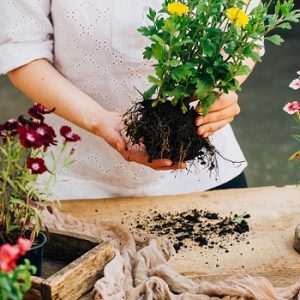 Natural Health News — For women on long-term sick leave, gardening therapy combined with active job coaching can improve health and confidence and get them back to work more quickly, according to a new study.

Women are at greater risk of becoming chronically ill and going on sick leave. This can have significantly negative consequences for their lives both physically and economically.

There has been very little research examining the challenges these women must face, and how these challenges can be effectively addressed in rehabilitation. This lack of knowledge is a problem from an ethical, justice and care perspective.

» Swedish researchers undertook a study of a combination of gardening therapy and job coaching and found that this helped women regain physical health but also social confidence.

» Given the severe – and multiple – negative impacts of becoming chronically ill, they suggest that gardening should be considered a useful adjunct to rehabilitation therapy for women and one that can speed recovery.

So Swedish researchers set out to combined two proven methods of rehabilitation: garden therapy (Green Rehab) and job coaching (Supported Employment). their findings were published in the Scandinavian Journal of Caring Sciences.

The research involved women between the ages of 21 and 62 that had received economic support from one up to 10 years, and whose physical and mental health were diagnosed as poor. The project was conducted at four so-called “Green Rehab Gardens” where physical therapists, occupational therapists and social workers worked in different shifts.

An initial evaluation of the women found that compared to well women of the same age, those who were ill had a significantlylower quality of life and were more fragile mentally and socially

During a time period of 14 weeks, for two to four half-days per week, the women worked with the rehabilitation staff on several projects, including mental exercises, reflective therapy, physical activities, and practical gardening.

Furthermore, at the beginning of the rehabilitation process, the participants met with a job coach who initiated and supported the women’s job searches for as long as needed. For some participants, this extra help continued after Green Rehab had ended.

“A combination of garden therapy and coaching strengthened the participants’ physical and mental health, and led to the women reporting improved vitality and social capabilities, said lead researcher Eva Lidén at Sahlgrenska Academy at the University of Gothenburg in Sweden.

Liden adds that this model should be considered an effective alternative for rehabilitation of certain women on long-term sick leave.