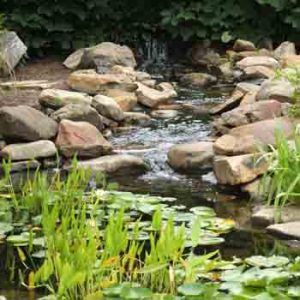 The gentle burbling of a brook can physically change our mind and bodily systems, helping us to relax. [Photo: Bigstock]

Natural Health News — The gentle burbling of a brook, or the sound of the wind in the trees can physically change our mind and bodily systems, helping us to relax.

Now for the first time researchers from the UK think they know how it works.

Researchers at Brighton and Sussex Medical School (BSMS) found that playing ‘natural sounds’ affected the bodily systems that control the flight-or-fright and rest-digest autonomic nervous systems, with associated effects in the resting activity of the brain.

While naturalistic sounds and ‘green’ environments have frequently been linked with promoting relaxation and wellbeing, until now there has been no scientific consensus as to how these effects come about. The study has been published in Scientific Reports.

» Listening to natural sounds such as water running or birds singing can be profoundly relaxing.

» New research from the UK helps explain what is behind this effect.

» Natural sounds, say the researchers, calm and reset the body systems that control our flight-or-fright and rest-digest responses.

Is this unique study the scientists collaborated with audio visual artist Mark Ware. Participants listened to sounds recorded from natural and artificial environments, while their brain activity was measured in an MRI scanner, and their autonomic nervous system activity was monitored via minute changes in heart rate.

The results showed that activity in the default mode network of the brain (a collection of areas which are active when we are resting) was different depending on the sounds playing in the background.

There was also an increase in rest-digest nervous system activity (associated with relaxation of the body) when listening to natural compared with artificial sounds, and better performance in an external attentional monitoring task.

Interestingly, the amount of change in nervous system activity was dependent on the participants’ state before the test: Those who showed evidence of the greatest stress before starting the experiment showed the greatest bodily relaxation when listening to natural sounds, while those who were already relaxed in the brain scanner environment showed a slight increase in stress when listening to natural compared with artificial sounds.

The study of environmental exposure effects is of growing interest in physical and mental health settings, and greatly influences issues of public health and town planning. This research is first to present an integrated behavioural, physiological and brain exploration of this topic.

Artist Mark Ware commented, “Art-science collaborations can be problematic, often due to a lack of shared knowledge and language (scientific and artistic), but the team at BSMS has generously sought common ground, which has resulted in this exciting and successful outcome.”

According to lead author, Dr Cassandra Gould van Praag: “We are all familiar with the feeling of relaxation and ‘switching-off’ which comes from a walk in the countryside, and now we have evidence from the brain and the body which helps us understand this effect. This has been an exciting collaboration between artists and scientists, and it has produced results which may have a real-world impact, particularly for people who are experiencing high levels of stress.”

The gentle burbling of a brook can physically change our mind and bodily systems, helping us to relax. [Photo: Bigstock]