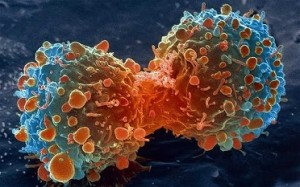 It was a slow news day.

You could tell because of the headline “Miranda gets her man” which graced a couple of the newspapers. The reference was to the fate of the lead character in the denouement of a TV comedy show.

The other headline was both more interesting and more revealing of the conventional medicine agenda as expressed through the news media: it proclaimed that getting cancer was just a matter of “bad luck” (see here and here).

The study was presented as if it was the final word on the subject, but was in fact no such thing.

Worse, as is so often the case, the information was reported in a frustratingly misleading way.

What the study actually showed was that there are a limited number of cancers that don’t seem to be related to environmental/hereditary factors.

The scientists examined 31 types of cancer including colorectal, skin (both basal cell and melanoma), pancreatic and liver cancers as well leukaemia and some rarer cancers such a gliblastoma and duodenal and gall bladder cancer. It looked at lung cancer – but only in smokers.

The fact is four cancers – breast, lung, prostate and bowel – account for over half (53%) of all new cases in the UK. Indeed breast cancer accounts for 30% of all cancers in women and prostate cancer 25% of all cancers in men (remember, neither of these was included in the study).

By not including these common forms of cancer the scientists cannot possibly claim to have solved any riddles about what causes cancer.

Worse, much of the media have misinterpreted what the actual findings were. The scientists were not talking about cancer incidence (as in the number of cases that might develop within the population) but about what causes individual types of cancer to occur. The data cannot therefore be extrapolated to our individual risk of disease.

The bad luck cancer in this paper was related to an accelerated rate of cell division which was found in 22 of the 31 cancers examined. But should we not also look at what could be influencing and accelerating cell division?

Cell division can be determined by inherited genetic mutations or glitches.

Viruses are also tumour promoters. The common human cancers caused by viruses include liver and cervical cancer which together account for 10 to 20% of all cancers.

None of this data can be clarified through the number crunching that the scientists at Johns Hopkins University did. And of course because of the nature of the study the scientist didn’t factor in environment or ethnicity, gender, age, socioeconomic status, or any other factors known to influence cancer rates one way or another.

Had they included more common types of cancer in their figures might have fallen more in line with those of cancer prevention organisations.

For example World Cancer Research Fund data shows that in the UK:

are preventable through changes in health behaviours. That’s a third of just the most common types of cancers. These figures are very similar to those released by the American Institute for Cancer Research .

Cancer Research UK suggests that nearly half of all cancers could be prevented through lifestyle changes and the World Health Organization says prevention remains the best long-term strategy for controlling cancer.

As well as discounting prevention the way the study was presented also avoided the growing body of evidence about environmental causes: that there is a substantial and fast-growing body of peer-reviewed papers indicating that low-dose, chronic exposure to chemicals routinely used in consumer goods is harming people’s health.

But here’s the problem with that. Early detection can bring up more false-positives and therefore unnecessary and expensive treatment.

If you write cancer off as just bad luck you take away all personal responsibility for health. Should cancer develop, the unlucky person will be a much more willing participant in testing for early detection and whatever high tech treatments the doctor recommends.

To understand why this agenda remains so popular you only need to do one thing – follow the money.