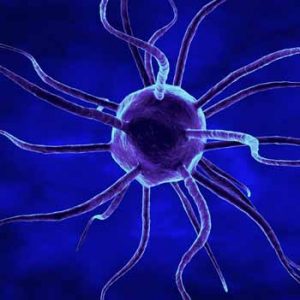 New evidence suggests that the majority of cancers are linked to external factors like lifestyle and environment. [Photo: Bigstock]

Most cancers are preventable – so what are we doing to prevent them?

Health research is like the British weather; if you don’t like it’s conclusions just wait a minute.

In January of this year, a study in the journal Science sparked a debate when Researchers from Johns Hopkins University School of Medicine suggested around 2/3 of cancers were caused mostly by bad luck rather than specific factors such as smoking.

We comprehensively critiqued this study, which had many inadequacies, but which was also largely misrepresented in the media.

Now, as if to provide a bookend for the year, a new study in the journal Nature, concludes the opposite.

Cancer is caused by one of the body’s own stem cells malfunctioning and dividing out of control.

This, say scientists, can be caused either by ‘intrinsic’ factors – in other words natural mechanisms within the body, such as the mutations that occur every time a cell divides, or ‘extrinsic’ factors – things in the environment and things we choose to do to ourselves such as smoking, exposure to chemicals and UV radiation amongst other things.

» A new study refutes the conclusions of a previous study, reported earlier this year, that getting cancer is mostly just ‘bad luck’

» The study looked at a range of cancers and calculated that between 70% and 90% of cancers are caused by external factors; lifestyle choices such as smoking, but also, crucially, exposure to environmental toxins.

» While it is unlikely to be the final word on the subject, the study gives a clear message, in line with most previous research, that preventative measures can substantially reduce an individual’s risk of getting cancer.

» Public health messages and measures should support preventative measures as part of the fight against cancer.

Physicians and scientists have long wrestled with how much weight to give these various factors because it has been shown time and again that even if you are born with a genetic predisposition to cancer – this is not a guarantee that you will get cancer.

The new study, shows that environmental exposures, lifestyle choices and other factors that we have some measure of control of account for between 70% and 90% of the gene mutations that cause cancerous tumours progress, that only 10-30% of cancers were down to the way the body naturally functions or “luck”.

According to the experts at the evidence is “pretty convincing”.

The new study uses some of the same data analysed by the Johns Hopkins researchers. But a team from Stony Brook University in New York used four separate approaches to show that the “bad luck” hypothesis championed by the Hopkins team doesn’t hold up under different assumptions.

Adding bullets to the chamber

Cancer is caused by one of the body’s own stem cells going rogue and dividing out of control.

That can be caused either by intrinsic factors that are part of the innate way the body operates, such as the mutations that occur every time a cell divides, or extrinsic factors such as smoking, UV radiation and many others that have not been identified.

If you liken the chances of getting cancer to Russian Roulette, said lead author, Dr Yusuf Hannun the director of the Stony Brook clinic, in an interview with Sky News noted that “…we may be born with a gun that has one bullet in the chamber that can cause cancer, so we’d have a one in six chance of getting cancer over a lifetime.

“But if you start smoking or lying under the sun excessively, it’s the equivalent of adding three more bullets to the chamber.

“That person still has a probability of not getting cancer, but they’ve increased significantly – they’ve doubled or tripled or quadrupled – their possibility of getting cancer.”

To underscore their conclusions the scientists calculated the relative weight of ‘intrinsic’ versus ‘extrinsic’ factors in a variety of different cancers. They concluded that:

These numbers re not far off those of some cancer charities. For example, as we’ve previously reported, the World Cancer Research Fund suggests that in the UK:

are preventable through changes in health behaviours.

These figures are very similar to those released by the American Institute for Cancer Research.

Cancer Research UK suggests that nearly half of all cancers could be prevented through lifestyle changes and the World Health Organization says prevention remains the best long-term strategy for controlling cancer.

Overall the study suggests a need for a shift away from simply focusing on cancer cures to focusing on cancer prevention – something which is in the control of most of us. And of course it begs the question: “If most cancers are preventable – what are we doing to prevent them?”

Whether it’s maintaining a healthy weight, avoiding pollution and sunburn, and not smoking or drinking heavily we each have a much larger measure of control over our cancer risk than we know. But public health advice aimed giving people the tools as well as the confidence that they can reduce their cancer risk is also going to be crucial to helping to helping bring the overall incidence of cancer down around the world.

New evidence suggests that the majority of cancers are linked to external factors like lifestyle and environment. [Photo: Bigstock]