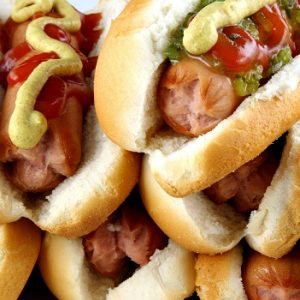 We do need protein, but perhaps we don’t need as much as we think - and not all of it needs to come from animal-based foods. [Photo: Bigstock]

Why cancer research has stalled

Why is finding a cure for cancer proving to be so hard?  Professor T. Colin Campbell argues that we can find the answer if we look beyond cellular mutations, which we find so difficult to understand and control, to nutrition, which we do have the power to control.

A recent publication, which received sustained media attention, claimed that most cancers are just “bad luck”.

Its authors stated that only about one-third of cancer mutations are caused by known lifestyle or environmental factors (smoking, alcohol use, UV light and human papilloma virus). The other two-thirds of cancers, said the authors, are random (stochastic or chance) mutations with no known cause. Therefore, we can do very little to prevent cancer except to avoid these known risk factors. (Tomasetti and Vogelstein 2015)

But such conclusions fail to explain changes in the rates of cancer over time, or the wide variation in cancer prevalence between different human populations. They are flawed for a very fundamental reason: they assume that most types of cancer are caused by DNA mutations. This is the mutation theory of cancer. It serves as a fundamental explanation of cancer development and thus is a central focus of cancer research and clinical practice.

For at least a half-century, our thoughts about cancer – its causes, its treatments, even its business – have mostly relied on this underappreciated assumption.

» The ‘mutation’ theory of cancer proposes that most types of cancer are caused by DNA mutations.

» Other theories around non-mutation mechanisms (like nutrition and chemical contaminants) are often ignored, especially by professionals with little or no knowledge of the science of nutrition.

» Yet there is research to suggest that what we eat, and specifically and excess of protein, may be influential in the course of cancer.

» It has been argued that ignoring these non-mutagenic theories is why we are failing to win the ‘war on cancer’.

We assume that cancer begins when an environmental chemical carcinogen or some type of radiation causes a genetic mutation, and this converts a normal cell to a cancer prone one. Although the body normally repairs most of these mutations, a few become fixed during cell division. The resulting cancer-prone cells then grow into a cluster of next generation cells through a series of additional mutations, ultimately giving rise to a mass of cells that become diagnosed as cancer. Such is the mutation theory of cancer.

In line with this theory, to avoid or to intercept cancer means avoiding the agents that cause these mutations. This is prevention. Failing this, treatments are applied to find ways to selectively kill these cancer cells with surgery, chemotherapy or radiation. We do not, however, expect diseased cells to revert to normality because mutations, once established, are not considered reversible.

I disagree with this theory. I suggest that failing to question the mutation theory of cancer is the underlying scientific reason the War on Cancer is not being won.

A nutritional theory of cancer

My laboratory began NIH-financed research on cancer causation over five decades ago.

It eventually led to a far more promising theory of cancer development. This theory was initially based on limited observations in humans; but further investigations with laboratory rats showed how cancer, although initiated by a mutation, was not subsequently dependent on the accumulation of additional mutations.

In our most thoroughly investigated experimental model, cancer is initiated by a gene mutation caused by a powerful chemical carcinogen called aflatoxin (Appleton and Campbell 1983a; Appleton and Campbell 1983b; Youngman et al., 1992). Then, cancer development (primary liver) is predominantly promoted by feeding protein at levels typical of the protein content of most human diets, which are substantially above the levels necessary for good health.

We believed cancer development in our studies was not caused by additional mutations because 1) the original mutation-producing chemical was no longer present during promotion and 2) dietary protein is not directly mutagenic. This suggested that, although mutations prime cells for cancer development, further progression to diagnosable cancer is typically nutritionally controlled. No mutations are necessary.

Consistent with this, when protein consumption was decreased to the amount adequate for good health, cancer growth was reversed. Remarkably, cancer growth could be turned on, then off, then on, then off again by a nutrition protocol that did not involve mutations (Schulsinger et al., 1989). Further research showed that promotion of cancer growth occurred with animal-based protein but not plant-based protein.

In follow-up studies we found many other non-mutation mechanisms that promoted cancerous growth.

Each of these mechanisms acts interdependently. Animal-based protein increases levels of a growth hormone that encourages cancer growth (insulin-like growth factor), compromises the body’s natural killer cells that normally destroy cancer cells and favors calories being used for cancer growth, among many other non-mutation dependent mechanisms.

Thus, initial mutations prime cells for cancer development but then these mutations may lie dormant for relatively long periods of time with a low protein diet. Later, they can be activated to support new cancer growth when higher levels of animal protein consumption are reached. Much like a rash returning when an allergen is reintroduced.

Human evidence strongly supports these experimental animal studies (and refutes the “bad luck theory”). For example, cancer rates for different populations vary widely, being close to nil in some populations for some cancer types. Rates for major cancers (e.g., breast, colon, prostate) correlate with animal protein-based diets. Most of these studies refer to total or saturated fat, but this is a surrogate measure for animal-based food.

Other studies, conducted 40-50 years ago, clearly showed that people migrating from one country to another assumed, within a generation or so, the cancer risk of the country to which they moved, without changing their genetics and only changing their nutritional practices.

The mutation theory of cancer has long been the Holy Grail of most cancer research, so much so that hypotheses that rely on promoting cancer by non-mutation mechanisms (like nutrition and chemical contaminants) are often ignored, especially by professionals with little or no knowledge of the science of nutrition.

The consequences of this mutation theory of cancer are deadly.

Wrongly assuming that cancer is primarily a product of genetic mutations implies that cancer progression is unstoppable. It implies that cancer control will depend on identifying and selectively killing specific cancer cells and blocking their responsible genes with targeted drugs. This strategy has been and will continue to be severely limiting because countless combinations of genes and their products can change cancer development. But understanding and accepting a new paradigm would mean accepting that funding research to identify new cancer drugs, especially targeted drugs with certain but unpredictable side effects, is the wrong priority for cancer research.

Knowing that cancer can be controlled or reversed by non-mutagenic strategies like nutrition gives hope that we can control our own cancer destiny. Believing that cancer is mostly a random event beyond our control gives hope only to an already bloated industry to come to our rescue, by developing highly questionable, out of context pills and procedures that cause more harm than good.

The researchers of this recent ‘random cancer’ publication concluded, for example – now that they believe that cancers are random events – that we must emphasize “developing better tests to find cancers early enough to cure them”.

This is a failed strategy and a mainstay of the War on Cancer.

Not a ‘random’ event

I also question the researchers’ use of the word ‘random’, especially when they dismiss nutritional associations with cancer. These researchers are personally unaware of the vast and convincing evidence on the effects of nutrition on cancer, therefore they should simply admit their ignorance without invoking the concept of randomness and using it to justify searches for responsible genes and treatments with often gruesome drugs.

The non-mutagenic nutrition effects we observed in our research on cancer development closely resemble the nutrition-based effects known to dramatically reverse other diseases, including advanced coronary heart disease and diabetes (Esselstyn 2014 and Barnard 2009). These nutrition-based effects have been observed as a result of the dietary lifestyle composed of whole plant-based foods without added oil and refined carbohydrates. The benefits are truly remarkable, broad in scope, and surprisingly rapid in response (Campbell and Campbell 2005; Campbell 2013).

References on next page

We do need protein, but perhaps we don’t need as much as we think - and not all of it needs to come from animal-based foods. [Photo: Bigstock]