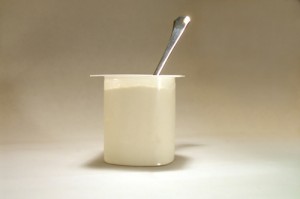 Natural Health News — Two recent studies suggest that natural treatments can be effective in helping people deal with the unpleasant side effects of radiation treatment for cancer.

One, published in the journal Cancer, reported findings from the first randomized controlled trial of acupuncture for the prevention of severe dry mouth, or xerostomia.

Xerostomia, or severe dry mouth, is characterized by reduced salivary flow, which commonly affects patients receiving radiotherapy for head and neck cancer. The condition impairs quality of life for patients, as it creates difficulties eating, speaking and sleeping, while also increasing the risk for oral infections and most current treatments are palliative and offer limited benefit.

So researchers, in the US and China,  examined 86 patients with nasopharyngeal carcinoma, treated at Fudan University Shanghai Cancer Center. Forty patients were randomized to acupuncture and 46 to the standard of care. The acupuncture patients received acupuncture therapy three times per week during the seven-week course of radiotherapy. Patients were evaluated before radiotherapy, weekly during radiotherapy, and then again one and six months later.

In another study, Scientists at Washington University School of Medicine in St. Louis have shown that taking a probiotic may help cancer patients avoid intestinal injury, a common problem in those receiving radiation therapy for abdominal cancers.

The research is published online in the journal Gut.

Because it was an animal study the results are difficult to apply to humans. However the scientists say the results were so encouraging that new human studies are warranted.

This study showed that the probiotic bacteria Lactobacillus rhamnosus GG (LGG), among other Lactobacillus probiotic strains, protected the lining of the small intestine in mice receiving radiation.

“The lining of the intestine is only one cell-layer thick,” said senior investigator William F. Stenson, MD.

“This layer of epithelial cells separates the rest of the body from what’s inside the intestine. If the epithelium breaks down as the result of radiation, the bacteria that normally reside in the intestine can be released, travel through the body and cause serious problems such as sepsis.”

The researchers found that the probiotic was effective only if given to the animals before radiation exposure. If the mice received the probiotic after damage to the intestinal lining had occurred, the LGG treatment could not repair it.

Because the bacteria used in the study were similar to those strains found in commercially available products, the researchers note that there was unlikely to be any risk associated with this type of preventative treatment – any more than there would be in a patient with abdominal cancer eating yogurt.