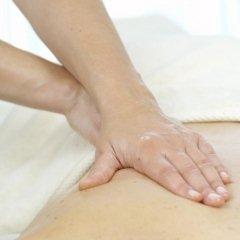 A brief massage can reduce inflammation in the same way as drug therapy - but without the undesirable side effects.

Natural Health News — A brief massage – as little as 10 minutes – can help relieve inflammation in the muscles, according to a new study.

Researchers at McMasters University in Ontario say this simple drug-free therapy can help not just bone-weary athletes but those with inflammation-related chronic conditions, such as arthritis or muscular dystrophy.

Massage is well accepted as a therapy for relieving muscle tension and pain. But for this small study, in the journal  Science Translational Medicine, the scientists delved deeper into its effects on the body. They found that massage also triggers biochemical sensors that can send inflammation-reducing signals to muscle cells.

In addition, massage signals muscle to build more mitochondria – the power centres of our cells – which play an important role in healing.

Healing at a cellular level

“The main thing, and what is novel about our study, is that no one has ever looked inside the muscle to see what is happening with massage,  no one looked at the biochemical effects or what might be going on in the muscle itself,” said Justin Crane, one of the authors of the study.

“We have shown the muscle senses that it is being stretched and this appears to reduce the cells’ inflammatory response,” he said. “As a consequence, massage may be beneficial for recovery from injury.”

Crane claims the study was unique in that it took a manual therapy, like massage, and test the effect using a muscle biopsy to show massage reduces inflammation, an underlying factor in many chronic diseases.

To do this the researchers followed 11 men in their twenties.

On their first visit, the men’s exercise capacity was assessed. Two weeks later, the men cycled on a bicycle for more than 70 minutes, to a point of exhaustion when they couldn’t cycle any more. They then rested for 10 minutes.

While resting, a massage therapist lightly applied massage oil to both legs, and then performed massage for 10 minutes on one leg using a variety of techniques commonly used in rehabilitation.

Muscle biopsies were done on both legs (quadriceps) and repeated 2.5 hours later. Researchers found reduced inflammation in the massaged leg. Surprisingly, though, in this study massage did not appear to clear lactic acid from the muscle.

Crane admits being surprised that just 10 minutes of massage had such a profound effect. “I didn’t think that little bit of massage could produce that remarkable of a change, especially since the exercise was so robust. Seventy minutes of exercise compared to 10 of massage, it is clearly potent.”

The results hint that massage therapy blunts muscle pain by the same biological mechanisms as most pain medications and could be an effective alternative.

A brief massage can reduce inflammation in the same way as drug therapy - but without the undesirable side effects.