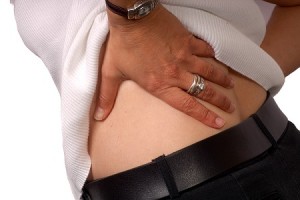 Natural Health News — Low back pain is a leading cause of disability and beyond offering painkillers and rest many doctors are at a loss for how best to treat it.

In the US alone, for example, the Institute of Medicine estimates that one-third of all Americans suffer from chronic pain, which exceeds the number of people who are affected by heart disease, diabetes and cancer combined. In the Britain, according to Patient UK, as many as 8 in 10 people can claim to have suffered from low back pain at some point in their lives.

Now a new study has shown that osteopathic treatment can produce significant reductions in pain.

The researchers compared the use of osteopathic manual treatment (OMT) or ultrasound therapy to treat chronic low back pain in 455 adults. Patients received six treatments during the course of the study.

“One of the great benefits of OMT is that it has few side effects compared with other common treatments for low back pain that often involve serious side effects,” said John Licciardone, D.O., lead author of the study published in the Annals of Family Medicine.

“In our study, patients who had higher levels of pain saw even greater reductions in pain. Thus, not only does OMT work to reduce pain, it seems to work even better in people who experience higher pain levels.”

Licciardone continued: “These are the very people who are often treated with potentially addictive drugs such as OxyContin and Vicodin, epidural steroid injections or surgery. If we can reduce the use of these drugs and invasive procedures by helping people to feel better with a hands-on treatment that has few side effects, that is a plus for our patients, and it makes a significant contribution to the management of chronic pain.”

“For more than 100 years, osteopathic physicians have focused on the relationship between structure and function in the human body. Using these interrelationships to diagnose and treat patients has helped patients get better, and now we have scientific evidence that these methods produce moderate to substantial benefits in treating chronic low back pain, which is notoriously difficult to manage,” he added.