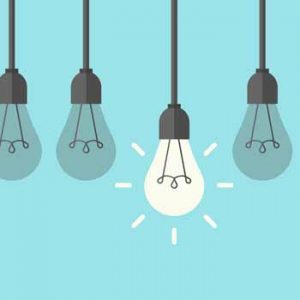 When a solution to a problem seems to come to you out of thin air, trust in your inspiration. [Image@Bigstock]

Natural Health News — When a solution to a problem seems to have come to you out of thin air, it turns out you’ve more than likely been struck with the right idea

According to a new study, sudden insights are often more accurate at solving problems than thinking them through analytically.

“Conscious, analytic thinking can sometimes be rushed or sloppy, leading to mistakes while solving a problem,” said researcher John Kounios, PhD, professor in Drexel University’s College of Arts and Sciences.

“However, insight is unconscious and automatic – it can’t be rushed. When the process runs to completion in its own time and all the dots are connected unconsciously, the solution pops into awareness as an Aha! moment. This means that when a really creative, breakthrough idea is needed, it’s often best to wait for the insight rather than settling for an idea that resulted from analytical thinking.”

» A new study concludes that a person’s sudden insights are often more accurate at solving problems than thinking them through analytically.

» Analytical thinking, say the researchers, is effective for problems in which known strategies have been laid out for solutions, such as arithmetic.

» But for new problems without a set path for finding a solution, insight is often best guide to a solution.

For the study in the journal Thinking & Reasoning experiments with four different types of timed puzzles showed that those answers that occurred as sudden insights (also described as Aha! moments) were more likely to be correct.

Moreover, people who tended to have more of these insights were also more likely to miss the deadline rather than provide an incorrect, but in-time, answer. Those who responded based on analytic thought (described as being an idea that is worked out consciously and deliberately) were more likely to provide an answer by the deadline, though these last-minute answers were often wrong.

“The history of great discoveries is full of successful insight episodes, fostering a common belief that when people have an insightful thought, they are likely to be correct. Our study tests the hypothesis that the confidence people often have about their insights is justified.”

Putting insight to the test

Each experiment making up the study used one group of distinct puzzles: one experiment used only linguistic puzzles, another used strictly visual ones, and two used puzzles with both linguistic and visual elements.

Each experiment consisted of between 50 and 180 puzzles. Participants were given 15 or 16 seconds to respond after seeing a puzzle. As soon as the participant thought they solved the puzzle, they pressed a button and said their answer. Then they reported whether the solution came through insight or analytical thinking.

When taking the timing into account, answers given during the last five seconds before the deadline had a lower probability of being correct and some participants admitted to just guessing at that point.

Interestingly it was the analytical thinkers who were more likely to just guess at an answer when a deadline was looming.

“Deadlines create a subtle – or not so subtle – background feeling of anxiety,” said Kounios, who is also co-author of the book The Eureka Factor: Aha Moments, Creative Insight and the Brain. “Anxiety shifts one’s thinking from insightful to analytic. Deadlines are helpful to keep people on task, but if creative ideas are needed, it’s better to have a soft target date. A drop-dead deadline will get results, but they are less likely to be creative results.”

Insightful thinkers tend not to guess. They don’t give an answer until they have had an Aha! moment.

“Because insight solutions are produced below the threshold of consciousness, it is not possible to monitor and adjust processing before the solution enters awareness,” Salvi said.

Analytical thinking is best used for problems in which known strategies have been laid out for solutions, such as arithmetic, Kounios said. But for new problems without a set path for finding a solution, insight is often best. The new study shows that more weight should be placed on these sudden thoughts.

“This means that in all kinds of personal and professional situations, when a person has a genuine, sudden insight, then the idea has to be taken seriously,” Kounios said. “It may not always be correct, but it can have a higher probability of being right than an idea that is methodically worked out.”

When a solution to a problem seems to come to you out of thin air, trust in your inspiration. [Image@Bigstock]