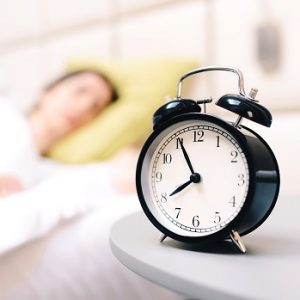 Turn the alarm off and let yourself sleep! [Photo: Bigstock]

That weekend lie-in could save your life

Natural Health News — Sleep really is like money in the bank – if you take out more than you put in there will be consequences.

One in three of us suffers from poor sleep. Stress, computers and other devices as well as a culture of taking work home are often cited as the reason for this, and many of us just accept it as ‘part of modern life’.

But, the cost of this “sleep debt” – is more than just bad moods and a lack of focus. Consistently not getting enough sleep puts you at risk of serious conditions, including obesity, heart disease and diabetes. Previous research has also shown that adults under the age of 65 who get five or fewer hours of sleep a night have a higher risk of death than those who get adequate sleep.

But just what is ‘adequate’ sleep?

In a recent study in the Journal of Sleep Research, scientists at Stress Research Institute, Stockholm University, and the Karolinska Institute, looked at data from 38,000 people in Sweden, collected as part of a larger lifestyle study which ran for 13 years from 1997.

» Sleep debt is a growing problem in our society and those who consistently don’t get enough sleep are at higher risk of obesity, heart disease and diabetes.

» New data from a 13 year study in Sweden shows that getting 5t hours or less sleep a night can raise the risk of early death by 65%.

» However, this risk can be reduced in those who make a point of getting make-up sleep during the week.

After adjusting for factors such as gender, body mass index, smoking, physical activity and shift work, the data showed that those under the age of 65 who got five hours of sleep or less seven days a week had a 65% higher rate of premature death than those getting six or seven hours’ sleep every day. Significantly, there was no increased risk of death for those who slept five or fewer hours during the week but then managed eight or more hours’ sleep on weekend days. This suggests that a good lie in at the weekend could be a life saver.

Interestingly, people who slept for eight or more hours, seven days a week, were found to have a 25% higher mortality rate compared with those who kept to six or seven hours a day. The study also found that the link between sleep patterns and mortality disappeared for those aged 65 or older. Indeed the study seemed to suggest that older people (over age 65) seemed to get the sleep they needed more easily.

“Sleep duration is important for longevity,” said lead researcher Torbjörn Åkersted who, along with his team notes that their data shows “that short (weekday) sleep is not a risk factor for mortality if it is combined with a medium or long weekend sleep…This suggests that short weekday sleep may be compensated for during the weekend, and that this has implications for mortality.”

The upshot is simple – make time for a lie in whenever you can. It could just save your life.

Turn the alarm off and let yourself sleep! [Photo: Bigstock]