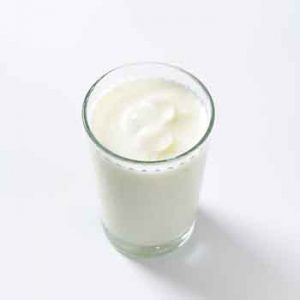 Good bacteria are healthy for both the gut and the mind. [Photo: Bigstock]

Natural Health News — Stomach upset is a common, and sometimes debilitating symptom of stress. New research has shown that a daily probiotic drink, given to medical students during the run-up to nationwide medical school examinations, reduced stomach upsets among the students.

Probiotics are live bacteria that encourage the growth of “good” gut bacteria that keep pathogens in check, aid digestion and nutrient absorption and contribute to immune function.

In the small study, beginning eight weeks prior to the examination, 23 medical students drank milk that had been fermented by Lactobacillus casei strain Shirota, while 24 control students consumed non-fermented (placebo) milk that was otherwise identical in taste, colour and nutrition. Neither group of students knew which milk they had received.

» Sometimes debilitating stomach upset is a common symptom of stress; and stress has been shown to worsen symptoms of some stomach/gut disorders such as IBS.

» The researchers say the results add to evidence for the intricate relationship between gut and the brain, known as the gut-brain axis

Each week the students answered a questionnaire concerning levels of five common abdominal symptoms, such as “abdominal discomfort and pain.” They also responded to a questionnaire on anxiety levels. Additionally, the investigators measured certain physiological parameters, such as levels of cortisol—a stress hormone.

The study demonstrated that daily consumption of the probiotic milk reduced gastrointestinal pain and dysfunction, as well as the feeling of being stressed out. It also dampened the rise in salivary cortisol.

Support at the genetic level

Additionally, the researchers looked at genes involved in the stress response and found that the L. casei strain Shirota changed how active these stress-related genes were in both groups. They found that in the placebo group, as the examination date approached, activity soared in 179 stress-related genes, while rising much less in the students who consumed the probiotics.

They also examined specific species of bacteria in the gut known to increase when a body is under stress. The percentage of Bacteroidetes species increased prior to exams only in the placebo group. Meanwhile, the students on the probiotics maintained healthier and more diverse populations of gut bacteria throughout the time leading up to the examination. The investigators suspect this contributed to reducing stress symptoms.

Yakult produce a commercially available fermented milk drink like the one used in this study. The research is published in Applied and Environmental Microbiology.

Stomach upset is a common symptom of stress, and other studies have observed that it can make some stomach/gut related disorders such as irritable bowel syndrome (IBS) worse. According to Miyazaki, the original idea for the study came from previous research showing that probiotics mitigated stress-related gut diseases such as IBS.

For instance, using an animal model, a 2013 study found that while stress does not cause IBS, it does alter brain-gut interactions and induces the intestinal inflammation that often leads to severe or chronic belly pain, loss of appetite and diarrhoea.

Stress, said the researchers in the journal Gastroenterology, suppresses an important component called an inflammasome which is needed to maintain normal gut microbiota, but probiotics reversed the effect.

Commenting on the current study Miyazaki adds: “These findings indicate that the stress responses are controlled by probiotics at a higher level of the stress system, through the brain-gut axis. Thus, the probiotic strengthens the resilience of our stress response system.”

Good bacteria are healthy for both the gut and the mind. [Photo: Bigstock]