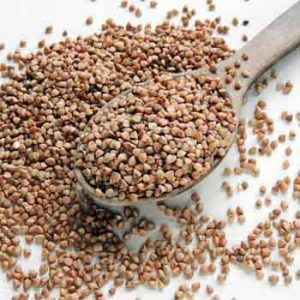 Buckwheat flour is a particularly rich source of the bioflavonoid rutin. [Photo: Bigstock]

Natural Health News — Supplementing with rutin, an antioxidant bioflavonoid found naturally in many plant foods, could help speed up metabolism and assist with weight loss.

This could help those suffering from metabolic syndrome, which is thought to be caused by an underlying malfunction in energy utilisation and storage.

Metabolic syndrome is difficult to treat. Rather than a single ‘disease’, it describes a suite of symptoms including overweight but also raised blood pressure, high glucose and cholesterol levels.

» Rutin is a bioflavonoid found in many plant foods including buckwheat, apple skins and tea.

» This could help those suffering from metabolic syndrome, which is caused by an underlying malfunction in energy utilisation and storage.

The study was published in the Federation of American Societies for Experimental Biology (FASB) journal.

Rutin is a popular health supplement usually taken to support healthy circulation.  In 2010, however, the European Food Safety Authority (EFSA) ruled that there was not enough evidence to support health claims for its antioxidant properties or benefits on vascular health and the circulatory system.

This is not the same as saying there is no evidence; only that the existing studies are not enough to show clear benefit in humans. Usually this is because there are too few studies or they are mainly animal based or too small to draw conclusions for the entire population. The EFSA review panel noted, for instance, that only one human study was submitted for consideration.

What evidence there is, however, does show potential beneficial effects on several metabolic disorders albeit in animal models.

Previous research, for example, has shown that rutin protects rats from the metabolic and cardiovascular changes caused by a high-fat and high-carbohydrate diet.

Additionally, rutin has been shown to improve the metabolic status of diabetic rats.

In humans there is very little research. Supplementation has been shown to raise levels of key antioxidants in the blood (quercetin. kaempferol and isorhamnetin) – though the effect of this is largely unknown.

If would like to increase your intake of rutin consider your diet try including more buckwheat, which is a particularly rich source. Uncooked buckwheat leaf flour offers the highest level of rutin  with around 675 mg in a 1.1 cup serving. Other forms of buckwheat also contain rutin, although in lower levels. Uncooked buckwheat groats contain 230 mg of rutin per 1 kg, dark buckwheat flour has 218 mg per 1 kg and buckwheat noodles provide 78 mg per kg.

Rutin is also found in apple skins, in the pith and peel of citrus fruits, in cranberries, mulberries, and tea (black, green and white).

You will also find it in asparagus as long as you don’t trim it too severely. Research shows that the bottom of the asparagus stem – which often gets thrown away – contains the highest levels of this antioxidant.

Buckwheat flour is a particularly rich source of the bioflavonoid rutin. [Photo: Bigstock]