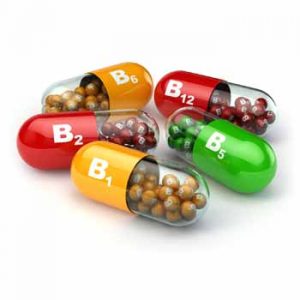 VVC, a fungal infections caused by Candida species, is the second major cause of vaginitis in women after bacterial vaginitis. Around 75% premenopausal women are infected with VVC at least once in a lifetime. Of these around 5% will go on to develop into recurrent VVC.

Writing in the journal Biomedicine & Pharmacotherapy, researchers from China noted that antifungal agents like nystatin and fluconazole are common treatments for VVC.

“But the complexity of complicated VVC contributes to different degrees of drug resistance in the clinical course of treatment,” they said. “Therefore, the combined use of vitamins and anti-fungal agents is proposed to improve the cure rate of VVC.”

» VVC, a fungal infection caused by Candida species, is the second major cause of vaginitis in women after bacterial vaginitis.

» A new study from China has shown that adding a B complex supplement to conventional treatment significantly improves the chances of recovery.

An animal study of the effectiveness of supplementation, conducted at the same time, also showed that the mice given B complex improved significantly. In particular the inflammatory response in the supplemented animals was much lower.

The researchers concluded that vitamin B complex elevated the curative effects of standard treatments and could be an effective adjuvant therapy for VVC.