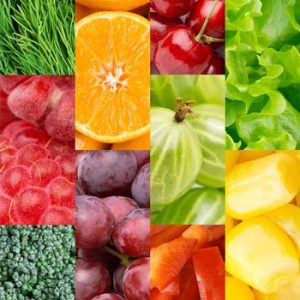 The small pilot study published in the Journal of Clinical Endocrinology and Metabolism involved 20 obese children who were randomly given a mixed carotenoid supplement (CarotenALL) or placebo for six months.

At the beginning of the study researchers measured the children’s beta-carotene levels, abdominal subcutaneous and visceral fat, BMI percentile, waist-to-height ratio, and levels of the hormone adiponectin (which is made by fat cells and helps regulate metabolism).

Some nutritionists believe that deficiencies in some nutrients can contribute to weight gain. Low levels of vitamin D, for example, have been shown to correlate with obesity in children. Interestingly, these tests showed a correlation between low levels of carotenoids in the children’s blood and obesity.

Improvements across the board

» Childhood obesity is a growing problem.

» There is some speculation that nutritional deficiencies can contribute to obesity in children.

» In this small pilot study of overweight children, low levels of carotenoids in the blood correlated with obesity. Supplementing with mixed carotenoids over a 6 month period contributed to reduced BMI and lower levels of subcutaneous abdominal fat.

By the end of the study, the children who had been taking the supplement showed improvements on several fronts.

In addition, after six months, adiponectin levels increased by 23% more in the supplemented children than in the children receiving a placebo.

This is important because low levels of adiponectin have been associated with obesity, insulin resistance, diabetes, and cardiovascular disease.

While this research suggests that supplementing with carotenoids might help children struggling with obesity, more research is needed to understand whether the effects seen in this study hold true over the longer term.

Some children’s supplements may contain mixed carotenoids. But kids can also get plenty of carotenoids and other important nutrients from eating a diverse diet full of colourful foods. Pink and red seafood like salmon and shrimp, for example, contain astaxanthin. Dark green, orange, red, and yellow fruits and vegetables are rich in the rest of the carotenoids in this study.